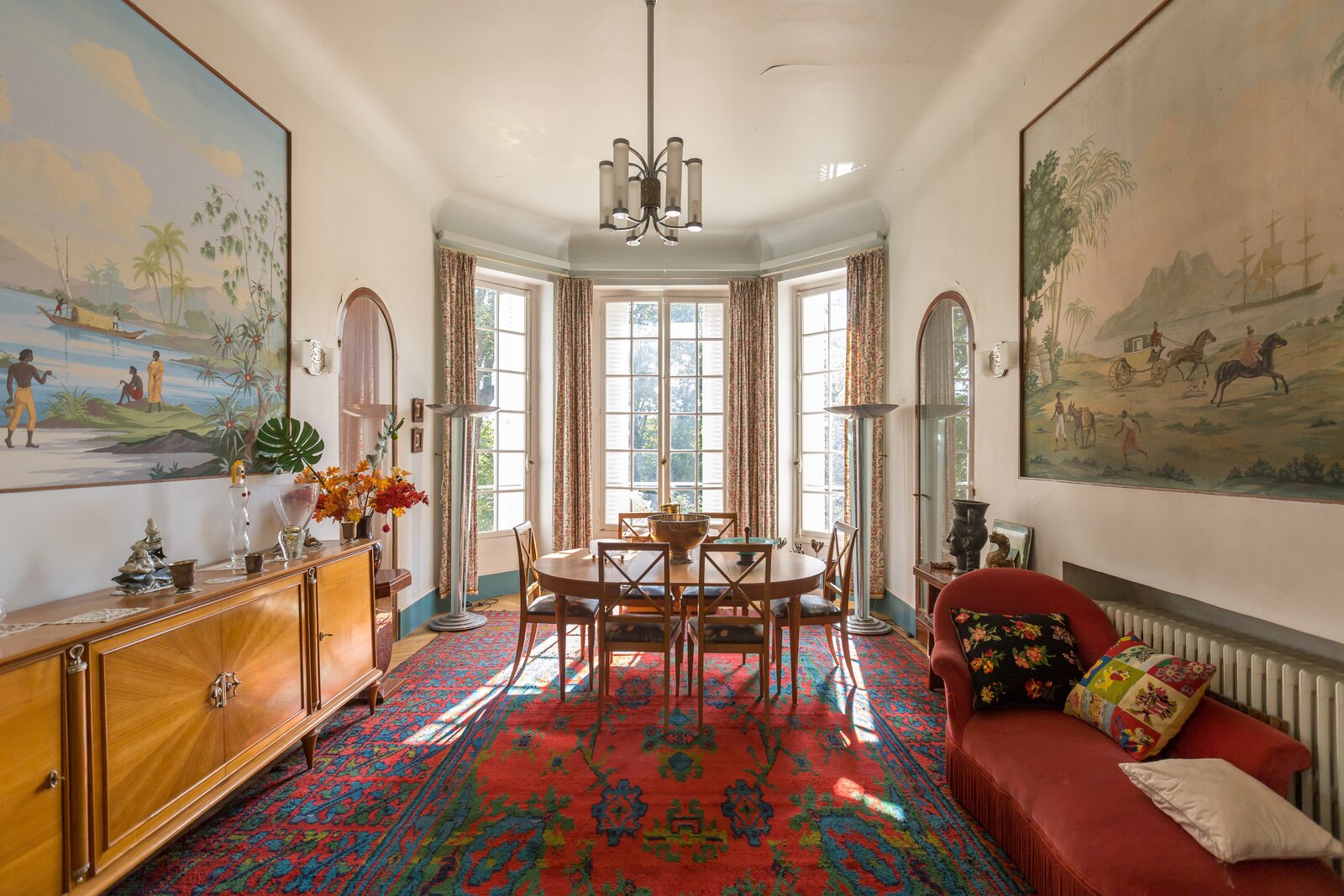 A rare part of French architecture is now up for grabs. The historic property is in Île-de-France – a small, compact region immediately surrounding the city of Paris – and it was originally built in 1866 for French painter and printmaker Charles Joshua Chaplin.

As the listing agent notes, the villa meulière “presented a typical style of resort architecture sought after by the Parisian bourgeoisie wishing to enjoy the countryside”. In the 1930s, Winnaretta Singer, Princess Edmond de Polignac, American heir to the Singer sewing machine fortune, acquired the house and modernized its interior.

Wishing to create an avant-garde living space, Polignac-Singer enlarged the ground floor and added a side wing towards the south facade. Today, the house spans three levels and measures nearly 5,000 square feet.

The residence offers vast living spaces, including a 45 square meter reception room, which is topped by a large glass roof and overlooks the surrounding countryside.

A circular master suite with a semi-circular bathroom awaits upstairs, with an adjacent dressing room and terrace. This floor also hosts an independent apartment, comprising a living room, a kitchenette, a bedroom and a bathroom, as well as a music room designed by Jean Michel Frank.

Four additional bedrooms are found on the upper level, along with a luxurious shower room clad in Iranian marble and travertine. A large terrace frames a panoramic view of the Bièvre valley beyond.

Although in need of repairs, the property offers a rare opportunity to own one of the region’s most historic landmarks. While the villa benefits from its secluded 4.5-acre plot, dotted with century-old trees, it is also located just five minutes from Versailles and 20 minutes from La Défense.

US, UK, France – A review of the attacks will show you just how deep Pakistan’s terror vortex runs