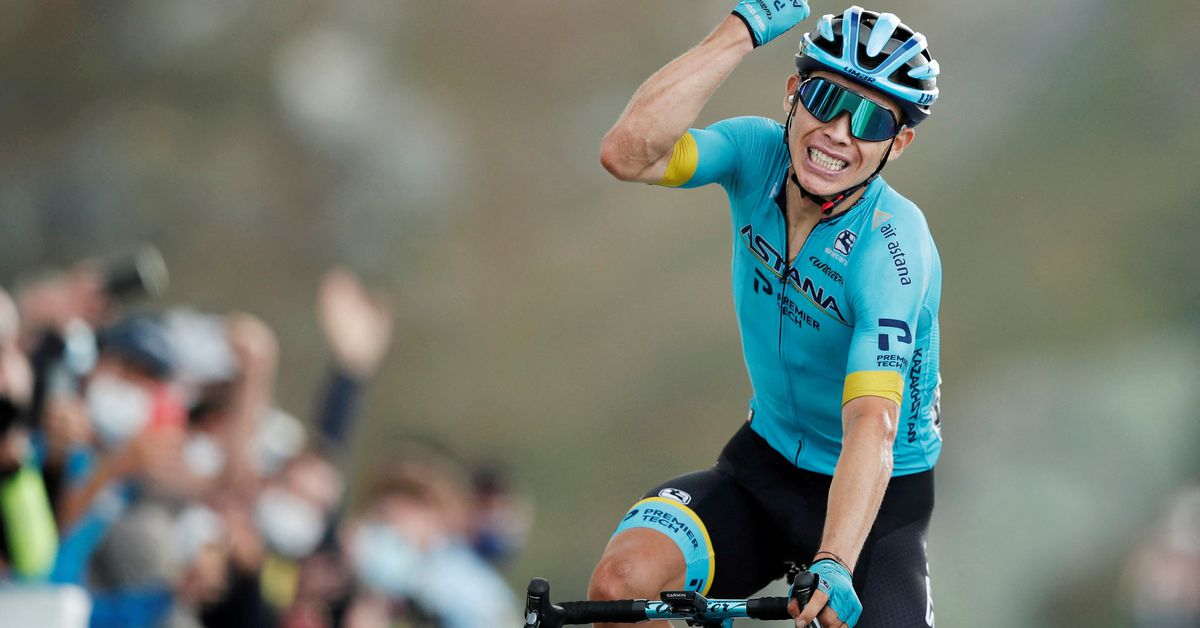 July 22 (Reuters) – Colombian rider Miguel Angel Lopez has been suspended internally by his Astana-Qazaqstan team following media reports linking him to a drug-trafficking case in Spain, the Kazakh outfit said on Friday.

Spanish website Ciclo21 reported that the country’s police are examining his links to Dr Marcos Maynar, a professor at the University of Extremadura, who is being investigated for drug trafficking and money laundering.

Lopez, an initial witness in the case, was intercepted at Madrid-Barajas airport by police as part of the investigation into Maynar, the outlet said, adding that the allegations relate to the distribution of unauthorized drugs in Spain.

Spain’s Guardia Civil police told Reuters by email that Lopez was being investigated in connection with Maynar and added that they could not provide further details as it was ongoing.

Lopez’s agent did not immediately respond to requests for comment.

“The news that spread through the media last night took us by surprise, and at this time we have no details,” the team said in a statement on Twitter.

“In this regard, the team has decided to suspend Miguel Angel Lopez from any activity within the team until all the circumstances of the case are clarified.”

One of Astana’s top riders, Lopez has not competed since withdrawing from stage four of the Giro d’Italia in May with a hip injury.

He has already won stages in the Tour de France and the Vuelta a Espana, and is a former winner of the Tour de Suisse and the Volta a Catalunya.

Reporting by Hritika Sharma in Hyderabad Editing by Toby Davis