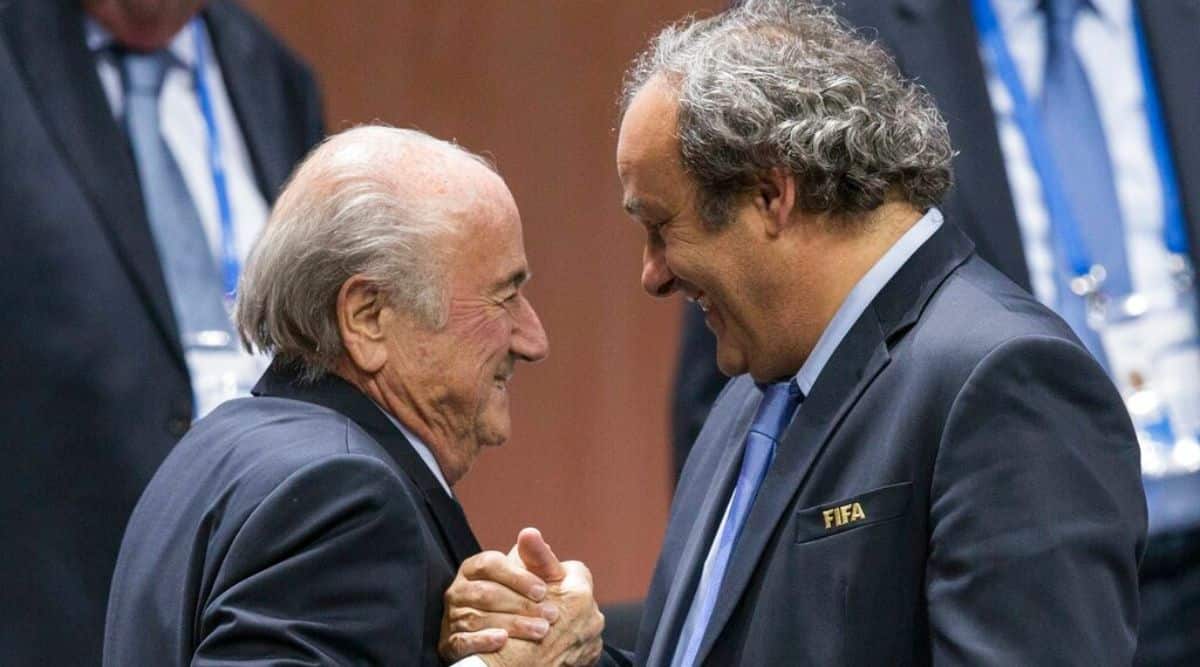 The fallout from the affair ousted Blatter as FIFA president sooner than expected and ended Platini’s campaign to succeed his former mentor. He also removed Platini as president of UEFA, European football’s governing body.

In 2015, federal prosecutors in Switzerland revealed their investigation into a $2 million FIFA payment to Platini four years earlier. The couple will be tried in Bellinzona.

The best of Express Premium

Subsidiary charges include falsifying the invoice in 2011 that allowed Blatter to authorize FIFA to pay the 2 million Swiss francs (about $2 million) that Platini had demanded. The claim was for the former French soccer great to be paid extra money for serving as an adviser – without having a contract for it – during Blatter’s first presidential term from 1998 to 2002.

Both have long denied wrongdoing and claim to have reached an oral agreement in 1998. That defense failed first with judges from FIFA’s ethics committee, which banned them from football, and then in separate appeals before the Court of Arbitration for Sport.

Now the case is before a criminal court which will only sit until lunchtime each day due to the state of health of Blatter, 86, 18 months after he fell into a coma following heart surgery.

Blatter is due for questioning on Wednesday and Platini a day later. Both are expected to make closing statements on June 22, at the end of the trial.

The three federal judges hearing the case are due to deliver their verdict on July 8. Blatter and Platini each face up to five years in prison, but suspended sentences are a likely option.

Blatter said in a statement that everything was properly accounted for and he was optimistic about his chances at trial. Platini denounced what he called “unfounded and unjust accusations”. He claimed the allegations were passed on to prosecutors as part of a plot to prevent him from becoming FIFA president.

Arguments and evidence in court will revisit FIFA’s largely discredited political culture during Blatter’s 17-year presidency, and around the time Qatar controversially won the World Cup hosting rights. of this year.

Platini sent his invoice to FIFA in January 2011, just weeks after the World Cup was voted on. He was quickly paid off when Blatter’s next re-election campaign took shape.

Qatar’s top football official, Mohamed bin Hammam, used the momentum of his country’s rise to prominence in a failed challenge to Blatter. Platini was seen as both Blatter’s heir apparent, likely in 2015, and a key ally Bin Hammam needed to win European votes.

In the published indictment, Swiss prosecutors do not cite FIFA policy as a reason for payment. They focus on the facts that Platini enriched himself with an allegedly illegal wage claim and an additional 229,000 Swiss francs ($238,000) in social security contributions paid by FIFA to Zurich.

The Platini money was “accounted for accordingly and approved by all responsible FIFA authorities,” Blatter said in a statement. This view, however, is disputed by a former employee.

The extra money was never accumulated as it should have been in FIFA’s accounts from 1999, according to then FIFA accountant Jeannine Erni, who was interviewed for different investigations. She said the payment was “strange” and appeared to be linked to the 2011 presidential election.

Another former staff member, then head of FIFA compliance, Ivo Bischofsberger, said in questioning quoted by CAS that he “always had doubts about the whole story. Did it smell? Yes.”

Platini’s contract with FIFA, signed in August 1999, was for 300,000 Swiss francs ($312,000) per year. Platini said he asked for “1 million” but that Blatter would only pay the same amount as the FIFA general secretary at the time and promised the balance later.

Platini’s contract expired in 2002, when he was elected to FIFA’s executive committee. A letter to him, signed by Blatter in September 2002 and seen by The Associated Press, said their deal was settled and terminated.

Platini testified before CAS that he first asked for the extra money in early 2010 after FIFA paid seven-figure compensation to Jérôme Champagne, a former French diplomat who was ousted as a Blatter’s assistant. The bill ultimately asked for an additional 500,000 Swiss francs ($520,000) for each year of consultancy work.

Among the witnesses to appear are two former FIFA and UEFA elected officials, Ángel María Villar of Spain and Antonio Mattarese of Italy, and former federal prosecutor Olivier Thormann, who was cleared in 2018 of misconduct in the FIFA investigation.

Thormann will be questioned on Thursday as Platini’s lawyers attempt to show that the prosecution colluded with football officials and helped Gianni Infantino become FIFA president in 2016.

Attempts to summon Infantino for questioning in court failed. Platini has also filed a criminal complaint in France against Infantino, his former general secretary at UEFA.

Both Platini and Blatter asked how prosecutors learned of the disputed payment.

Swiss prosecutors began investigating FIFA in November 2014 when the football body filed a criminal complaint for alleged money laundering in connection with competitions for the organization of the 2018 and 2022 World Cups. Russia and Qatar won these FIFA Executive Committee votes in December 2010.

Swiss authorities seized documents and data from FIFA headquarters on May 27, 2015 – the day football officials were arrested at hotels in Zurich in connection with a separate and sprawling US corruption investigation.

More than 11 years after Platini’s payment, FIFA is trying to recover the money.

“FIFA has brought a civil action against Blatter and Platini for the money that was illegally misappropriated to be reimbursed to FIFA,” football body lawyer Catherine Hohl-Chirazi said in a statement. “so that it can be used for the sole purpose for which it was originally intended – football.