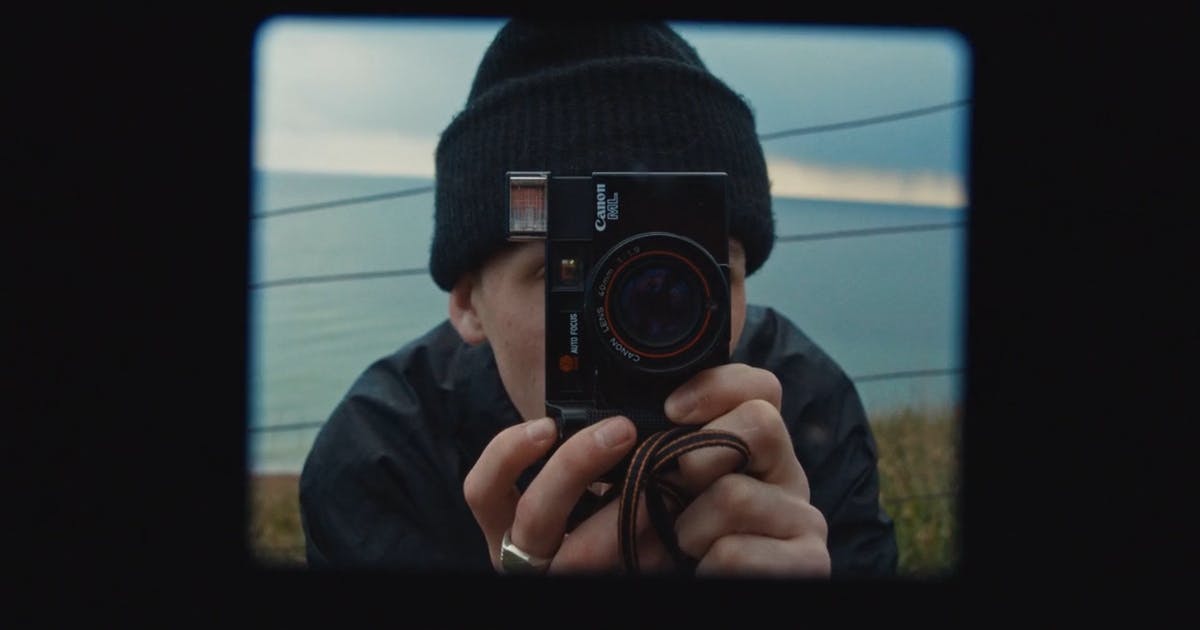 If the ominous arrival of omicron makes pre-pandemic life even more distant, here’s an antidote: the annual arrival of the British Arrows Awards, the celebration of the UK’s best publicity that is shown at the Walker Art Center.

With 48 commercials (or commercials, as the British say) mostly shot before mass masking and time-stamped vaccinations in the present day, it’s “a very nice walk down memory lane for everyone,” said Jani Guest, Arrows Awards Board Co-Chair. Speaking from London, as the lingering viral crisis prevented him and co-chair Clare Donald from traveling to Minneapolis, Guest added that the spots were “what was possible in production.”

And apparently in the sensitivity, because the advertisements are not dark but loud, even cheerful, like the “Commercial of the Year” of Arrows, called “Bounce”, for the AirPods of Apple. Sold subtly through storytelling rather than overtly haggling (like most British commercials), it follows a young man preparing to walk to work. After using his hand to force a smile, he inserts his AirPods and uses concrete and steel street architecture – from manhole covers and railings to walls, lampposts, bus stops and beyond. , now rubberized – to casually enjoy his walk and, by extension, his life.

It “is so reminiscent of the joy and the experience of living, and in the context of all that we have all been through collectively, it feels like an important memory to keep,” Guest said.

What we have all experienced collectively is similar, but different, in Britain. In addition to lockdowns in London and beyond, the messy EU-UK divorce caused by Brexit has amplified the isolation many have felt. And while the UK hasn’t backed down to its 19eA century’s diplomatic position of “splendid isolation”, to some Britons, their country feels like an island nation both figuratively and literally.

So there is a real resonance (for “remaining” voters, in particular) at places like “Hide and Seek” by Swiss airline easyJet, which creates the most epic travelogue version of the universal game in this game. which looks like an unintentional antithesis to lockdowns and closed borders. More mysteriously, especially for Americans unfamiliar with fashion magazine The Face, is a spot titled “Where Were You”. Presented as “A Love Letter to Europe”, it is full of provocative, even disturbing images and disconcerting voiceovers evoking “the United Kingdom in its last days in the EU”

“We are a really struggling nation right now,” Donald said. “I think a lot of us have our heads in our hands on a regular basis. And I can’t speak for the whole English population, but I think we really have multiple challenges. And I think what we do doing as an ad industry is obviously trying to communicate a message, which is often to sell a product, but in the process we try to get people out of that sense of loss and all the general feelings that I think we have. following the pandemic and Brexit. “

The sense of loss, as in any Western society, extends to heartbreaking changes bringing new challenges. And that brings out piercing public service announcements like Operation Black Vote, called “Fake Views.” The spot features communities of color in which a member incongruously inserts racist, xenophobic, homophobic, sexist and other phrases that later turn out to be direct quotes from British elected officials.

Another, called “Diversish,” from Valuable 500, a collection of global companies advocating for disability inclusion, features an insecure and insincere CEO interviewed in a TV interview about the issue, only to bring in an employee handicapped by the company in a moment which makes the worker, the journalist and the public squirm. “If disability is not on your agenda, so is diversity. Stop being diverse”, we can read at the end of the spot. A similar-themed spot from the shipping company BECO Global urges other companies to “steal our staff” of highly regarded disabled employees.

But the most impactful public service announcement concerns the impact teachers have on students. From the UK Department for Education comes ‘Tuesday’, featuring a young teacher who enlightens and encourages each student as an individual. ” Teach. Each lesson shapes a life, ”we read at the end. Intended to inspire recruitment, at the same time it inspires respect for teaching as a noble vocation.

Public service announcements almost always have small budgets. Some spots this year, however, look like big-budget blockbusters, including one with extraordinary special effects from Lacoste called “Crocodile Inside” in which a quarreling couple has their house literally torn apart in one action sequence. that would be the envy of Madison. Avenue, not to mention Hollywood on this side of the pond.

Previously, “post [production] It was really an afterthought, ”said Donald. “It was, ‘Well, that’s where we do the editing, a little bit of coloring and so on. “As more and more posts are in some way directing much of the work that we do, they are almost taking over from the live action.”

But that’s no substitute for storytelling, as evidenced by several spots, including a perennial, seasonal Christmas commercial from retailer John Lewis and a fun one from catalog retailer Argos about a father and daughter (played by the 11 year old rock prodigy Nandi Bushell) drumming. Others are more melancholy than joyful, notably “The French Exchange” by automaker Renault, which tells the love story of two women who originally met as part of an exchange program. No words are written or spoken, but the decidedly modern story is timeless, all in Rahel Debebe-Dessalegne’s soulful version of Oasis’ song “Wonderwall”.

The wonderfully creative and created spot “is very timely, so beautifully done and so sweet,” Donald said of his favorite commercial on the reel this year. For Guest, it’s “Bounce”, the latest “Best Commercial” that ends with the first commercial of the reel, “Go Jumpers for Christmas” from the clothier Marks & Spencer on the sweaters (sweaters in British jargon) which, once worn, make the carriers jump and dance.

The most memorable and impactful place is actually an advertisement for beer. But instead of the Bud Light hijinks or similar spots in the US, this UK commercial, called ‘Pigeons’, is about groups of guys – ‘mates’ in the UK – who keep and train pigeons. With the appearance of a short film (credits and all), it focuses on birds and birds of a feather that forge deep bonds over the course of their passion. Of course, some are holding a can of Carling beer. But not all of them, and all is not well. Instead, Carling ends the ad by urging viewers to apply for funding “if you have a local community project you’re passionate about.”

The creators were obviously passionate about their art. And advertising, like all communication, can actually be an art if it uplifts and makes patrons think about something new. And viewers may never see pigeons (and their keepers) the same way.

Because the reel is predominantly pre-pandemic, the grim reality of COVID rarely raises its head. Except in an exceptional BBC spot called “Bringing us Closer”. Scenes from the first BBC media coverage of Wave 1 are accompanied by a poem “Don’t Quit” by Edgar Guest. The British didn’t, as evidenced by an old man who smiles in the midst of misery and says, “I don’t mind. My mind is free.”

As the Arrows Awards attest, he’s not the only Briton to have this perspective.