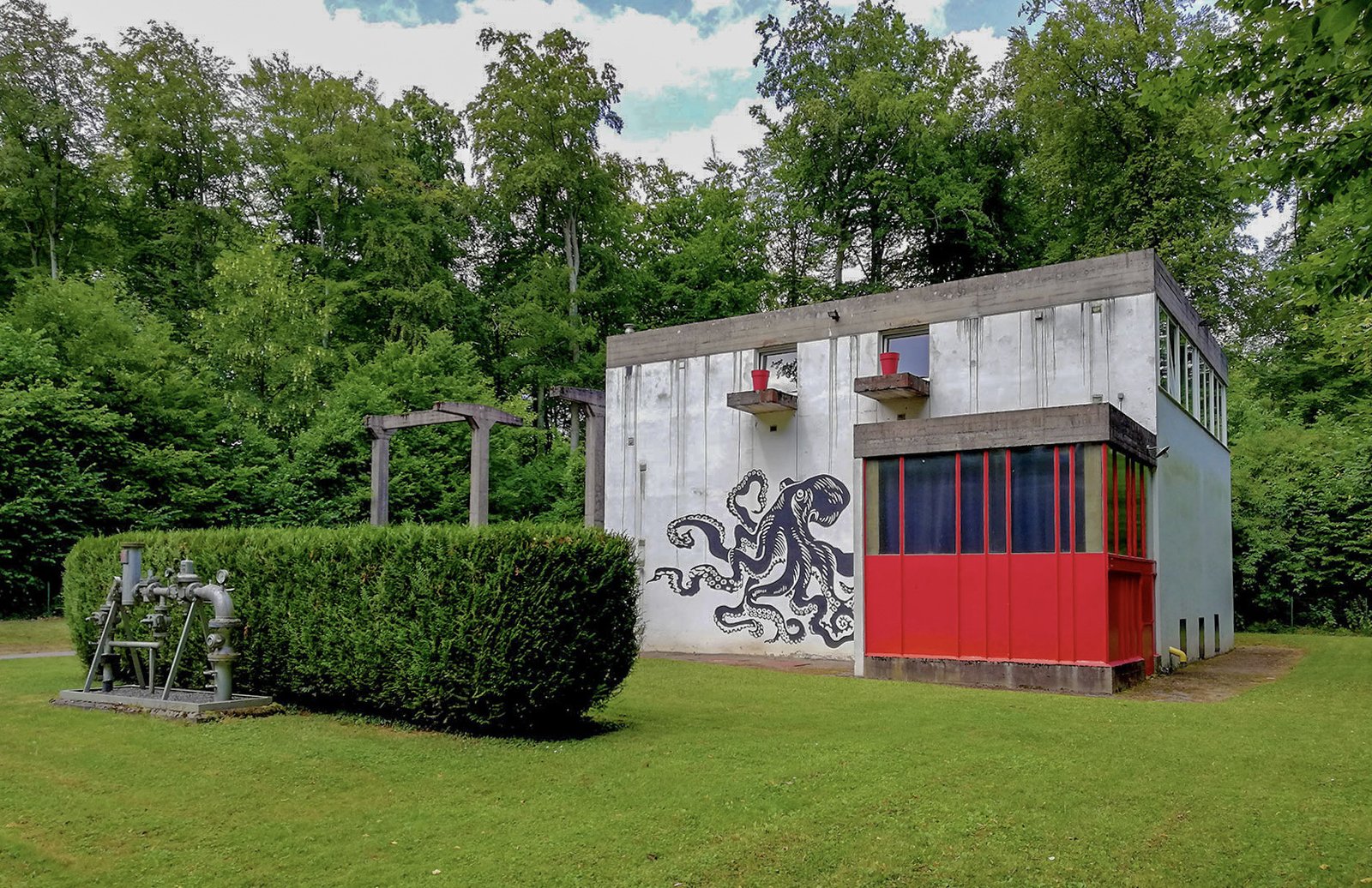 The disused structure was built in the 1950s for the French real estate project La CitÃ© Radieuse in Briey-en-ForÃªt.

When you hear the name of Le Corbusier, the master designer and pioneer of the modern movement, chances are a boiler room is not the first thing that comes to mind. Yet a tiny structure hidden near the French border with Luxembourg offers the possibility of owning a unique piece of architectural history. Originally built for one of Le Corbusier’s famous “UnitÃ© d’habitation” housing projects, the old utility building was converted into an unusual weekend retreat years ago, and it is now for sale.

The efforts to rebuild France after World War II provided Le Corbusier with the opportunity to realize his long-held ideas for communal social housing. Also known as his â€œRadiant Cityâ€ designs, the Brutalist structures used a high-rise concrete frame in which various apartment floor plans could be arranged in a modular fashion.

The first and most famous of the projects was built in Marseille, in the south of France, followed by other locations in the 1950s and 1960s. The converted boiler room is located on the site of Le Corbusier’s â€œCitÃ© Radieuseâ€. in Briey, a small and charming town located a few hours west of Paris and bordered by thick forests.

The dense vegetation surrounding the main apartment building made it possible for Le Corbusier to easily hide the boiler in a separate structure across the street. Later decommissioned and sold with a 0.35 acre parcel of land, the original double-height boiler room was split into two levels, with ample work space downstairs and living space downstairs. stage. The current owners, without load-bearing walls, have created an open and multi-functional floor plan. Keep scrolling to see more of the interior of the property, which was recently listed for around $ 450,000.

The real word: what can we learn from real estate activity in France?