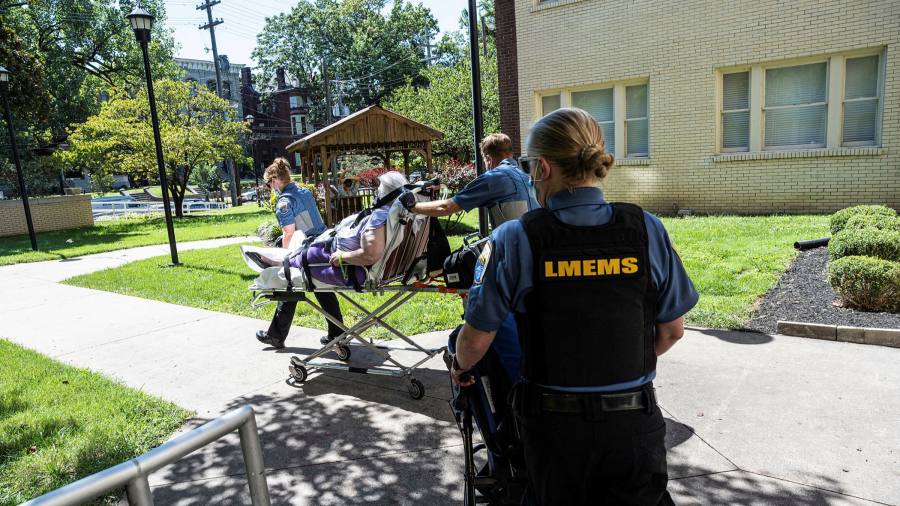 Several U.S. airlines have cut their quarterly revenue forecasts, due to a slowdown in customer bookings and an increase in trip cancellations linked to the spread of the Delta variant.

American Airlines, United Airlines, Delta Air Lines, Southwest Airlines and Jet Blue said in filings with the Securities and Exchange Commission Thursday that they experienced a slowdown in demand in August. This, for many of them, continued into September and, for some, clouded the outlook for the remainder of the year.

Southwest said its operating revenue last month fell 19% from the same period two years ago, which was near the low end of its forecast range.

The company said the “softness” in leisure bookings spilled over into September and October, although business bookings are expected to “remain relatively stable” from August. Demand for Labor Day vacation travel, traditionally a last chance for many to take a trip before the end of the US summer, was “strong.” Southwest, however, said more trips were canceled than planned, in part due to the impact of Hurricane Ida.

American had a similar story, claiming this month was hit by fewer bookings and more canceled trips. The company expects total revenue for the quarter to be down 24% to 28% from two years ago, compared to the carrier’s previous forecast for a decline of around 20%. The load factor reserved for the fourth quarter “remains very high,” he said.

Demand at Delta Air Lines exceeded expectations in July, but the pace of recovery “stopped” a month later as cases increased. Reservations trends have stabilized over the past 10 days, but adjusted total revenue for the September quarter will be at the lower end of the previous forecast, which predicted a 30% to 35% decline from the same period in 2019.

United have seen a sharper-than-expected deceleration in customer bookings in recent weeks, leading them to forecast total third-quarter revenue to fall 33% from two years ago. That compares to an expected drop of around 25%, according to an analyst survey by Refinitiv.

JetBlue said July’s “strong” revenue was offset by a more recent drop in bookings and customer cancellations, prompting it to forecast a 6-9% drop in third-quarter revenue from two years ago, and compared to a previous range for a decrease of 4 to 9 percent.