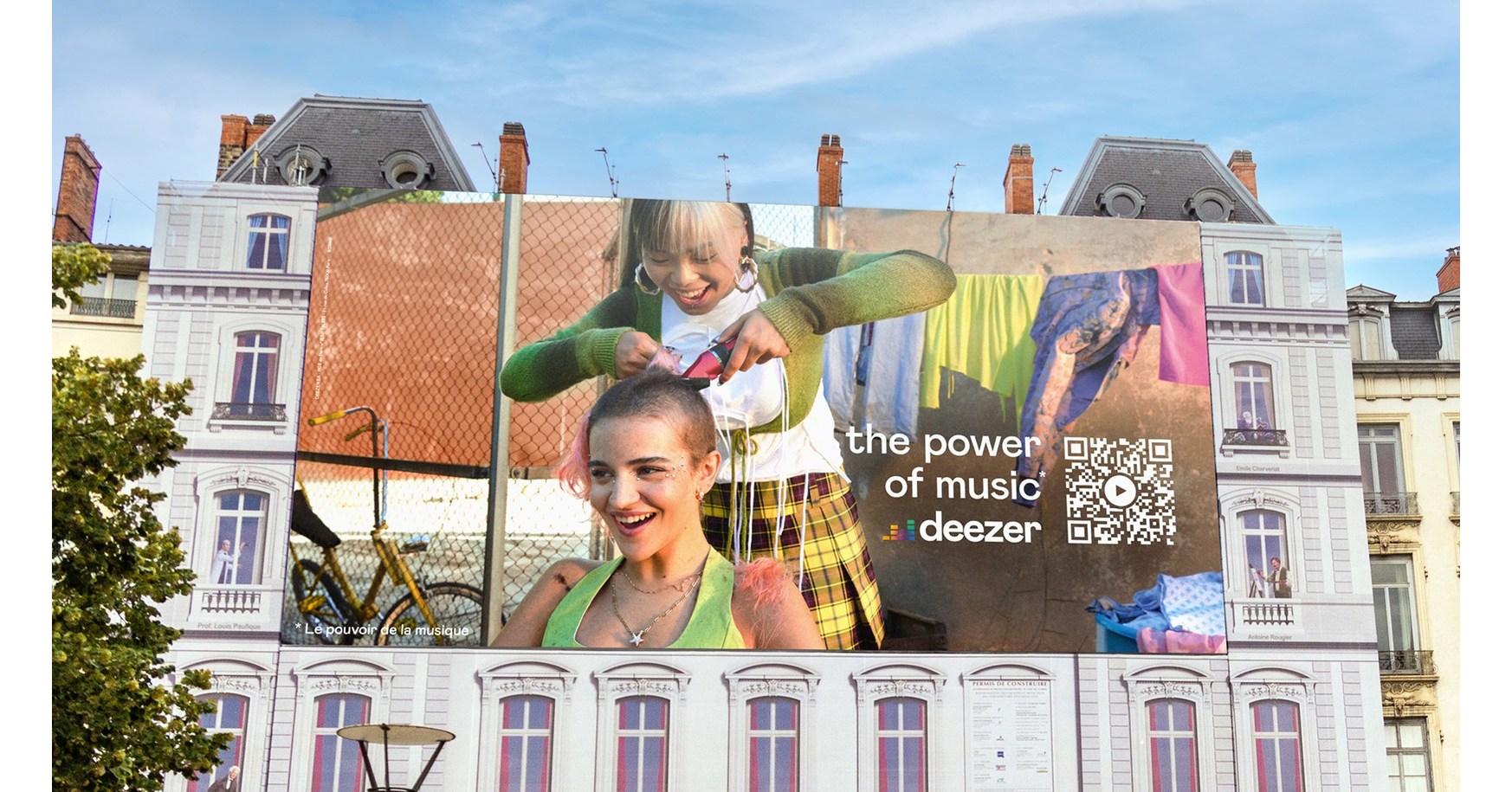 The global music streaming service is launching a 360° marketing campaign in key markets, highlighting how music can elevate moods and perceptions.

PARIS, August 23, 2022 /PRNewswire/ — Deezer (DEEZR) is repositioning its brand to appeal to younger users. As a first step, a new marketing campaign launched on August 22 in France, Germany and Brazil. Award-winning French agency Buzzman has been chosen as lead partner for the campaign and broader brand development.

With attractive visuals from the photographer Lou Escobar, Deezer presents a number of intriguing scenarios that, at first glance, might not tell the whole story. After scanning a QR code on the image, a song will be played which will elevate or change the perception of the storyline. Artists range from icons like Edith Piaf to global superstars like Doua Lipaand local heroes like Heuss L’enfoiré, Jul, Die Prinzen and Vitor Kley.

“A song has the power to change the way you perceive the world around you. As the house of music, Deezer is the best partner to set the mood in any situation in our users’ lives” , said Elsa Batigne, Vice President of Brand Marketing, Deezer. “Working with Buzzman, we’ve created a disruptive and engaging campaign, where music brings images to life. We can’t wait for our users to interact and play with the concept, and use the power of music to create their own content. “

The campaign will show images in several outdoor formats, including 8m2 billboards, as well as digital, social media and TV activations across France, Germany and Brazil. Additionally, Deezer is creating a TikTok challenge where people will improve or change a situation with the power of music.

Deezer is one of the world’s largest independent music streaming platforms, with over 90 million tracks available in 180 countries, providing access to lossless HiFi audio, innovative recommendation technology and game-changing features for industry. As the home of music, Deezer brings artists and fans together on a scalable, global platform to unleash the full potential of music through technology. Founded in 2007 in ParisDeezer is now a global company with a team of over 600 people based in France, GermanyUK, Brazil and the United States, all brought together by their passion for music, technology and innovation. Deezer is listed on the Professional segment of Euronext Paris (Ticker: DEEZR. ISIN: FR001400AYG6) and is also part of the new Euronext Tech Leaders segment, dedicated to high-growth European technology companies, and its associated index.

Buzzman, elected “Best International Small Agency of the Year award” in 2011 by Ad Age and “Agency of the year” at the Cristal Festival in 2013 and 2016, “Agency of the year” at the Effie Awards France 2016 and 2021,” Agence la most creative” in 2016, “New model of creative agency” (elected by advertisers) in 2017, “Advertising agency of the decade” in 2020 at the Agencies of the Year Award and “The most creative French agency” in 2019 by BVA Limelight consulting, is an advertising agency creating innovative concepts that go beyond traditional advertising.Laureate several consecutive years in renowned international festivals (D&AD, Cannes Lions, Eurobest, EFFIE, Clio Awards…) as well as than national ones, Buzzman is recognized as one of the most creative agencies in the world. Europe.

US dollar retreats after weak US data