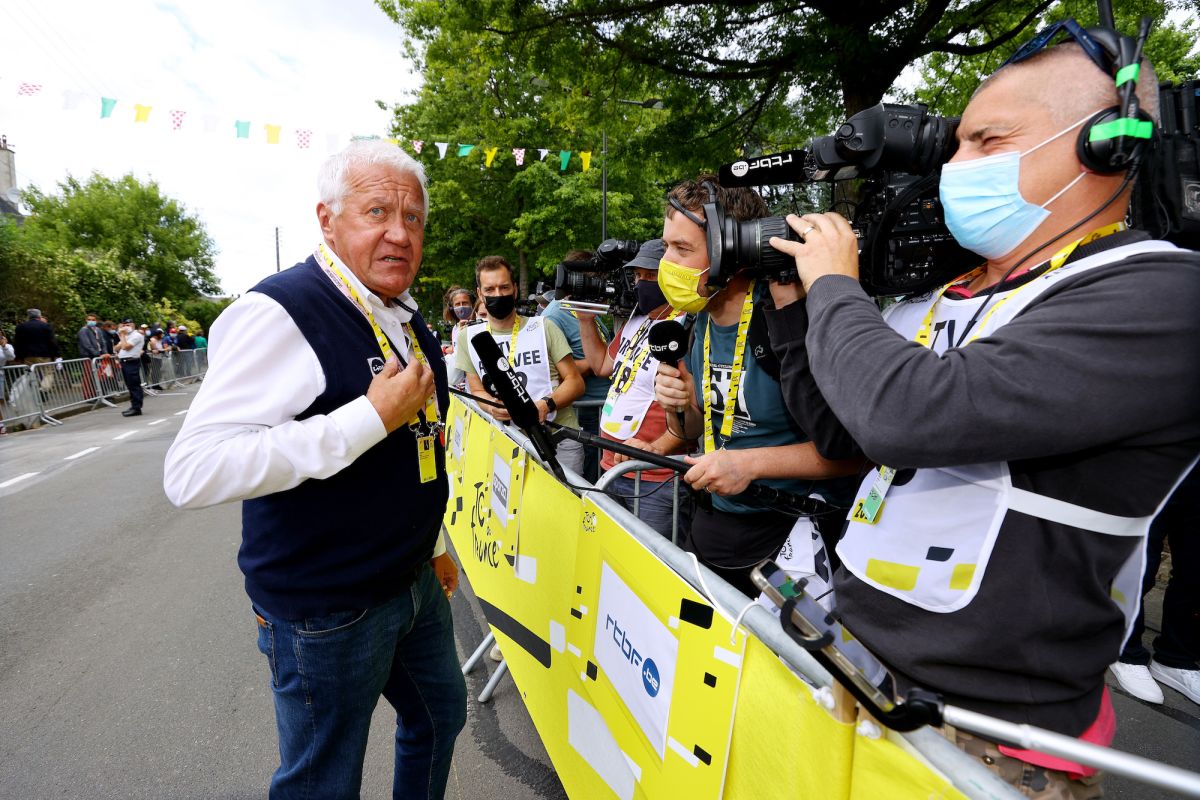 Patrick Lefevere has decided to invest in women’s cycling after all as his recruiting agency, Experza, is joining the NXTG Racing development team as a sponsor for 2022.

It came as a surprise to many after Lefevere expressed his reasons for not creating a women’s version of his WorldTour Deceuninck – Quick-Step men’s team earlier this year, stating: “With all due respect, but I’m not a charity either, Hey. “

But now the squad boss’s outspokenness seems to have changed his mind with a new sponsorship deal to develop new talent on the women’s side of the sport.

Lefevere said Cycling tips: â€œFirst of all, I want to say that despite the common opinion, I have nothing against women’s cycling.

â€œOn the contrary, with Experza and NXTG, I am starting a journey in women’s cycling. Women’s cycling is developing very quickly. However, at the moment I think there are not enough riders of a certain level for all the current WorldTour teams. That’s why I want to do the opposite and start with the juniors and young riders, giving them an environment to develop.

“That’s how I got in touch with Natascha Knaven-den Ouden (founder of NXTG Racing) and we started talking.”

Experza is a recruitment agency run by Lefevere and his business partner Sylvie Anraed who is the CEO of the company.

NXTG Racing posted on Twitter: “We are proud to announce our new partnership with Experza. Our team name for 2022 is ‘NXTG by Experza’.”

Lefevere is no stranger to the development of young talents with Fabian Cancellara, Julian Alaphilippe, Enric Mas and Remco Evenepoel, all involved in its development teams before turning pro.

However, it may take more than that for Lefevere to shake the self-image he has had that has led people like former world champion Lizzie Deignan (Trek-Segafredo) to say : â€œI really take everything he says with a pinch of salt. So no, I’m not disappointed with his comments. I’m actually glad he’s not interested in women’s cycling because we aren’t interested in him either. “

Lefevere’s team have been the most successful in recent years, with their sparkling riders in the Grand Tours, Classics and weeklong stage races and he says he wants to go in that direction with this new project.

â€œOur sponsors have wanted this and have been asking us for an investment in women’s cycling for some time, but they assumed it was within our existing budget,â€ he continued.

â€œThis is not true. We cannot eat away at the quality of the men’s team, so we need more funds for the women’s team. I need time to find it. Fortunately, the cycling officers feminine do not have the same urgency as Men. “

Deceuninck recently withdrew from the Lefevere team sponsorship to join the Belgian rival team Alpecin-Fenix â€‹â€‹with the CEO of Deceuninck declaring: â€œWomen’s cycling is becoming more and more important and we cannot ignore it.

“We discussed it, but Patrick is Patrick.”