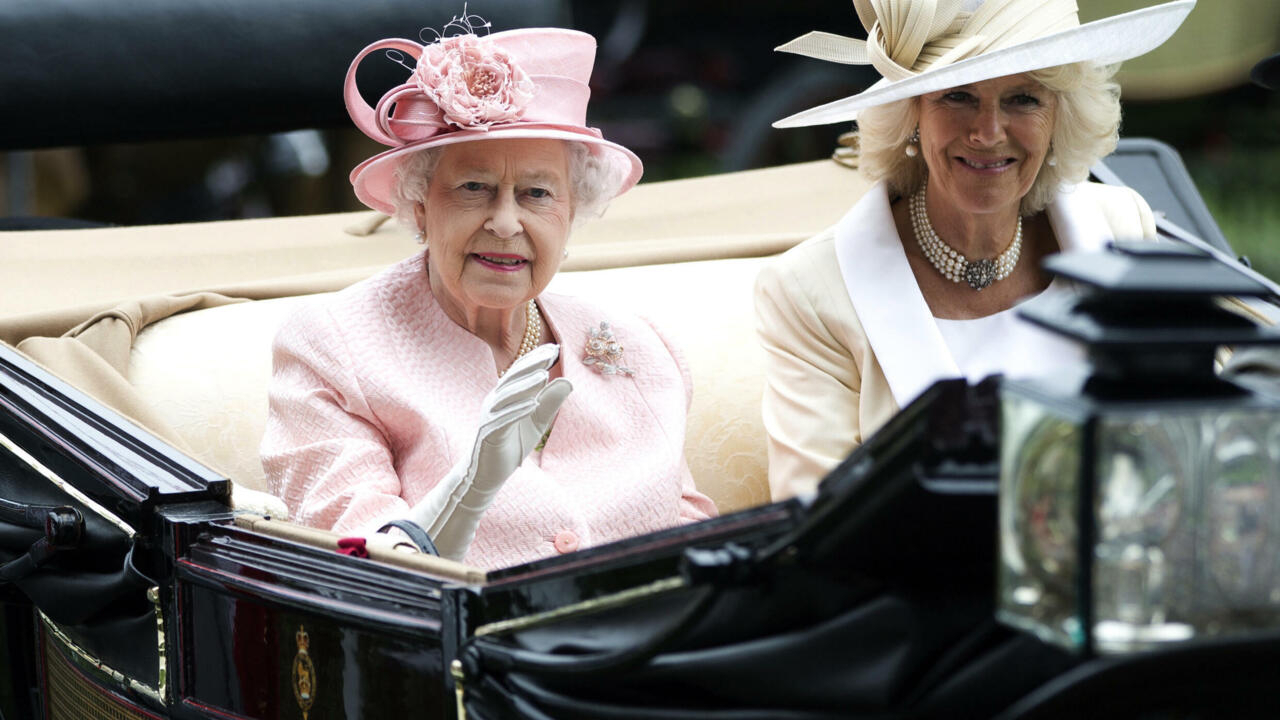 Queen Elizabeth II on Sunday became the first British monarch to reign for seven decades, announcing her “sincere wish” that Camilla, the wife of her heir Prince Charles, would eventually be known as Queen consort.

She marked the historic date quietly at Sandringham, her estate in the east of England where her father died.

But in a major statement on the future of the Royal Family, the 95-year-old sent a message to the nation, saying “it is my sincere wish that when the time comes Camilla will be known as Queen Consort “.

This means Camilla, now 74, would be crowned alongside Charles, now 73, and known to the public as Queen Camilla, royal experts have said.

Charles said the couple were “deeply aware of the honor represented by my mother’s wish”, which would grant Camilla the full title of wife of a monarch.

He praised Camilla saying: ‘my darling wife has been my own unwavering support throughout.

The heir to the throne also paid tribute to the Queen’s “dedication to the welfare of all her people”, which “inspires even more admiration with each passing year”.

The Queen said she hoped that when Charles becomes king, the British people will give him and Camilla “the same support that you have given me”.

Camilla has long been reviled for her role in the breakdown of Charles’ marriage to Princess Diana.

Acknowledging the sensibilities, when the couple wed in 2005, the Royal Family announced that they would be known as the Princess Consort after Charles became King.

But she gradually won praise as the loyal wife of the future king.

Londoners who spoke to AFP were divided over the announcement.

“It’s before my time, but a lot of people who grew up with Diana being the next queen, actually feel like she was wronged by the royal institution,” said Tobias Fox, a 24-year-old software engineer. year.

“I don’t think many people will be thrilled that Camilla has that role.”

“I think she’ll do well, but I think there will always be this shadow of the past that casts a shadow over her reign,” said Alice Tomlinson, a 25-year-old working in marketing.

Underlining that the Queen is still hard at work, Buckingham Palace released a photo taken at Sandringham this week showing her browsing one of its famous red shipping boxes used for government business.

Behind her is a photo of her late father.

With major Platinum Jubilee celebrations scheduled for June, he said he wants to “come together as a country to celebrate his historic reign”.

World leaders paid tribute on Sunday, including German Chancellor Olaf Schulz and Canadian Justin Trudeau, who said she “has been a constant presence in the lives of Canadians, providing unwavering leadership in times of change, hardship or of uncertainty”.

Four days of festivities are planned for early June, coinciding with the anniversary of his coronation in 1953, including a military parade and music concert, street parties, a national “Big Jubilee Lunch” and a “Platinum Pudding Competition”.

During her reign, the Queen remained a constant through periods of enormous social and political upheaval – a living link to Britain’s imperial and post-war past.

In her message to the public signed ‘Your servant, Elizabeth R’, the Queen renewed a promise she first made on a broadcast on her 21st birthday ‘that my life will always be in your service’ .

In September 2015, she surpassed Queen Victoria’s 63-year-and-seven-month reign and, despite some health issues over the past year, her latest post showed she is determined to continue her record-breaking reign.

Following the death of her husband Philip in April last year, the Queen returned to public and official engagements, including hosting world leaders at the G7 summit.

She was, however, forced to slow down on the advice of doctors, after a night in hospital in October sparked public concern.

Since then, she has largely stayed at Windsor Castle and made few public appearances.

But on Saturday, the Queen hosted a reception for the people of Sandringham, which would be her biggest in-person public engagement since the fall health crisis.