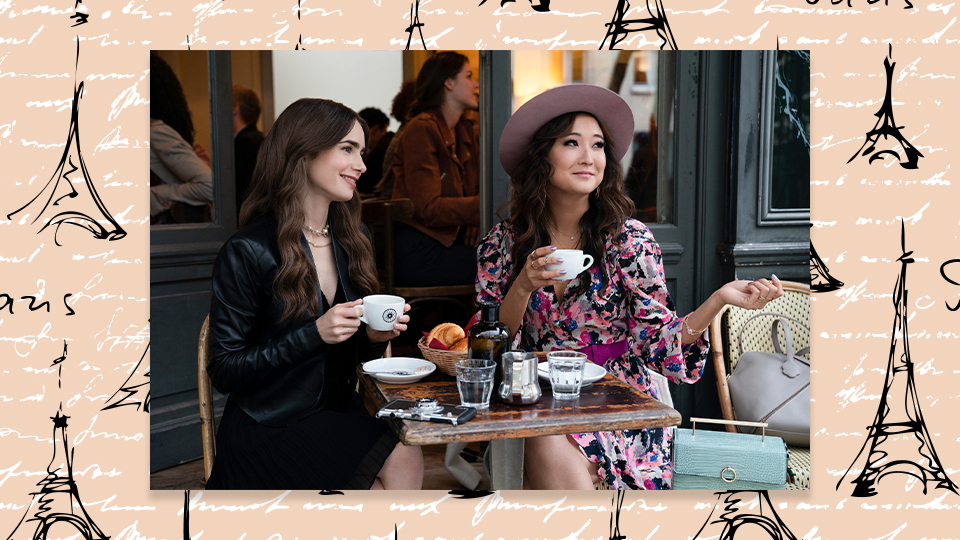 “Emily in Paris”: the French reveal how realistic the show is

If there’s one thing we can agree on when it comes to Netflix Emily in Paris, it’s that… there’s not much we can agree on. A conversation over dinner is sure to elicit a host of opposing points of view, whether it’s Emily’s outrageous or inspired outfits or hot takes on portraying the Parisian work ethic. in the series.

For the uninitiated, the hit show, which stars Lily Collins, chronicles the adventures of a woman in her twenties who moves from Chicago to Paris. Her experience is difficult, to say the least, as she encounters the many nuances of Parisian.

As a Midwestern American living in Paris, you can bet I have my fair share of thoughts (admittedly, most of them have to do with how Emily walks around Paris in those four-inch stilettos!) Turns out I’m definitely not alone. In fact, the series has sparked international conversations for its rather fantastical account of an American expat and its (sometimes biting) depiction of the people of Paris. If you’ve been browsing TikTok lately, you’ve likely come across a slew of videos offering their praise and criticism of the show, largely from those of us in similar situations to Emily.

That said, as opinionated as I and my expat colleagues might be, I thought it might be revealing to check with some real Parisians on their reactions to the second season of Emily in Paris. What do they find most realistic about the depiction of their city in the series? The most unrealistic? And what aspects would they change? (Alert: spoilers ahead!)

One aspect of the show that continued to confuse me was the dangerously blurred lines between work life and love life. I mean, when was the last time you jumped on a train to Saint Tropez on a romantic weekend with…your client!? Well, it turns out that what’s taboo in the US isn’t quite taboo in France. Pierre, a 36-year-old lawyer, commented on the lack of boundaries. “For the French, sex at work is not always taboo. In America it’s problematic if you’re dating someone in the same job, but we don’t really have that in France. In fact, I think it might be illegal say you can’t date someone under an employment contract! Everyone is free,” he said. Another Parisian, Nina, a 30-year-old news anchor, echoed a similar take. “I have the feeling that men are the same in our two worlds. Some cheat, some are faithful. It’s true that Parisian students are more likely to have an affair with their teacher, even if the teacher in question is married! she said.

Camille is far too passive aggressive for a Parisian

While passive aggression is an art form here in the US, Parisian MO tends to be much more direct, as I’ve learned. This is especially relevant when considering how Camille handles her revenge against Emily. As Jenny, a 31-year-old journalist, puts it: “Despite all the flaws of a Parisienne, I don’t think things would have turned out that way. Parisian women have no problem being direct and rude, so the fake approach seems very un-Parisian. Ah, the age-old question: would you rather be insulted in your face or behind your back?

It’s easy to wonder while watching the series if all Parisians are as they are portrayed. I admit that after two years in the city, I can attest that certain elements (ahem, their reluctance to make American friends) ring true, but I was eager to hear the point of view of a real Parisian . The most telling response came from Nina, who noted, “I would say that the character of Luke, who works with Emily at the Savoir agency, is a bit realistic. He is portrayed as a tormented man, aware of the absurdity of life, which is very French, because we have all read Baudelaire, Pascal and Flaubert. But personally, I imagine a man like that working in a bookstore or in a university and never in a marketing agency!

The Parisians would have preferred a “Grand Amour” final

As someone who ended season two feeling like Emily got exactly what she deserved (the betrayal! the lie!), I was intrigued to discover that my Parisian buddies felt a little differently. Unsurprisingly, those who lived in a city renowned for its romance wanted the star couple to succeed, despite their flaws. As Nina said, “I was a little disappointed that Emily opened her heart to another man in season two. In France and in our culture, the depiction of love in fiction is sacred. In our classic literature, people die of love! You can’t fall in love with one guy and fall in love with another the next day. It’s a discredit to the ‘crazy love’ that was supposed to make Emily stays in Paris forever. Interestingly, Claire, a 34-year-old event planner, agreed. “I would have preferred Emily and Gabriel to experience ‘true love’, but maybe in season three?” she said.

The work culture in Paris is rapidly becoming more American

I don’t know about you, but I ended season two feeling like Parisians take their nights and weekends more seriously than their working weeks. I was curious – is this depiction true? Turns out not exactly. “I don’t really agree with the clichés about work culture,” Claire said. “In marketing agencies (like Savoir), you work a lot of hours, and you can work weekends. Of course, it’s not as common as abroad, but still. Jenny added to Claire’s review, saying, “Life at Work is totally wrong in terms of the show’s ‘lazy’ portrayal.” She added: ‘Not working weekends or answering emails after hours is not illegal as far as I know because I do it all the time and so do most people I know. As for the impression that Parisians don’t care about the work ethic of Americans, Nina commented: “Personally, I have never seen ‘turning my eyes’ towards the Americans. I would even say that Parisians admire Americans, because we have this cliché that everything is possible when you live in the USA, whereas in France it is perhaps more difficult to push the limits.

The clichés of Paris are predictable and that’s normal!

Anyone who’s spent more than three days in Paris knows that the majority of what the series presents sits on a very fine line between reality and fantasy. While we catch glimpses of everyday realities in the Netflix series (i.e. the car nearly hit Emily in the opening scene – a common occurrence for this transplant!), Paris is far from as luxurious as the series makes it seem. Still, this fantastic facade doesn’t really faze the Parisians I’ve spoken with, who seem well accustomed to the false narratives of their hometown. As Maeva, a 32-year-old public body chief of staff, put it: “As a fictional Netflix show, it should be seen as entertainment. Parisian clichés existed before the show and will persist after. Emily won’t help American viewers learn more about Paris, and that’s okay. Nina also had a similar reaction and offered a slight word of warning: “I would say this to a viewer of the show: don’t expect Emily in Paris to be what she isn’t. Take it for what it is: light entertainment. None of this is real, but if we were looking for reality, we wouldn’t be watching series and movies! Take it for its magic and forget about it immediately!

Emily in Paris is available to stream on Netflix.

Low APR vs. Discounts: Which Is Better?