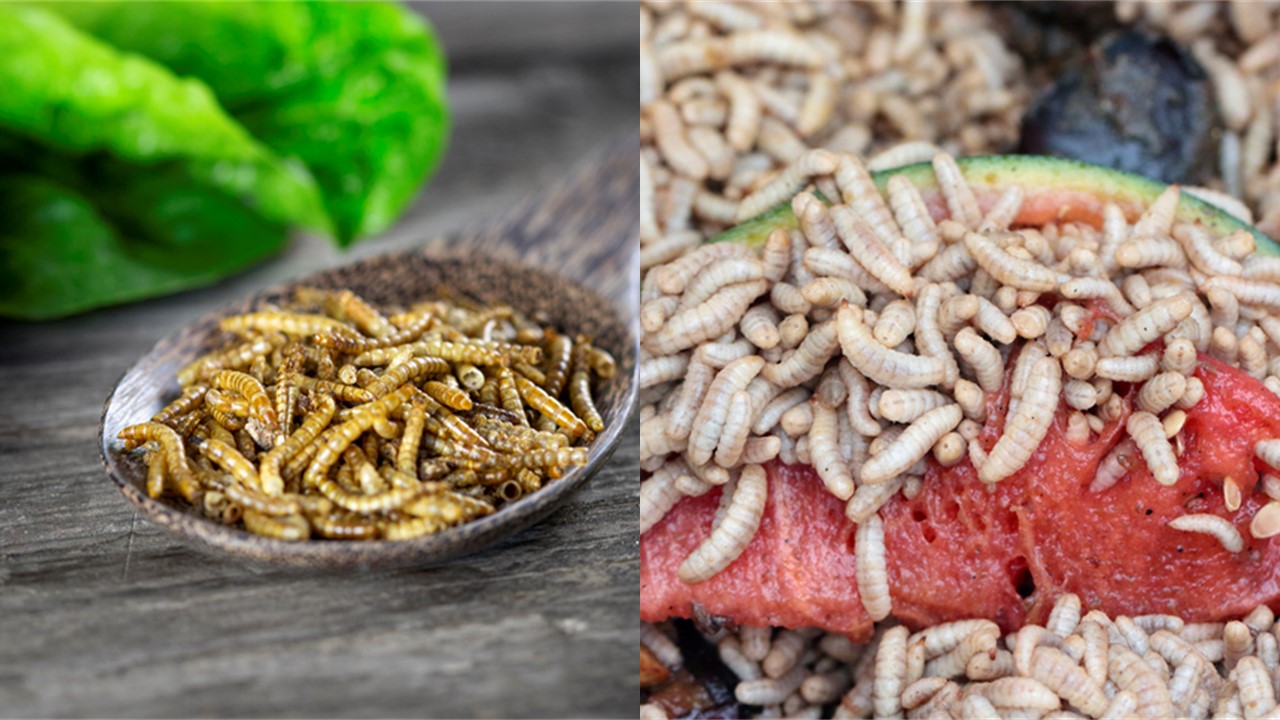 InnovaFeed, which specializes in black soldier flies, plans to build a full-scale production facility in Decatur, Illinois; while Ÿnsect, which specializes in Buffalo and Molitor mealworms, has just acquired Jord Producers, a Nebraska-based mealworm hatchery, and is looking for sites in the United States to build its first major mealworm production facility. protein and oil cakes on this side of the Atlantic.

InnovaFeed – which has factories in Gouzeaucourt and Nesle in France – has been present in the animal feed market for more than five years, but has also worked regularly to develop and test products for the human nutrition market and follow the consumer sentiment on edible insects, InnovaFeed VP business development Maye Walraven told FoodNavigator-USA.

“We really believe there will be room for insect protein​ [for the human nutrition market]. It may not be a big part of the market next year, probably more in the next 5-10 years, but we want to be ready, so we are having conversations with major food suppliers now. »​

She added: “We’re working with experts in flavor, texture and recipe development to make that first experience great, because we’ve seen a lot of alternative protein products come to market that weren’t very well thought out, and the experience was not good because the products were not ready​ [for prime time].

“We work on bars, meatballs, steaks and sports nutrition products because product development has to be done right if you really want these products to be adopted. If you want to include it in drinks, for example, you need a soluble protein, so we consider hydrolyzing the protein for example.​

InnovaFeed: “Everything we do is aimed at making insect protein affordable”​

Echoing recent comments from the American company Aspire Food GroupIf edible insects are to carve out a meaningful place in the human food market, costs must come down and the supply of consistent, high-quality ingredients must increase, Walraven added:

“When we first considered producing insect protein, we asked ourselves two questions: what is the nutrient profile and how scalable would production be? Based on this, black soldier flies came on your mind. ​Everything we do is aimed at making insect protein affordable. »​

InnovaFeed’s planned Decatur site – which is expected to become operational in 2024 – is co-located with an ADM corn processing facility, ensuring that raw materials (by-products of corn wet milling) and insect ingredients that results are consistent, she said, but also save huge amounts of water and energy, as waste heat and steam from the ADM plant will help power the insect production site.

The partnership will also reduce ADM’s environmental impact, she said: “the​ [corn] co-products are mostly water, and they’re usually dried before being transported, which has a huge energy cost, so these companies are all trying to find new ways to use the product without the drying part. This is where we come in.​

InnovaFeed’s breeding programs, meanwhile, aim to further optimize insects’ ability to convert food into food, she said: “It takes about three weeks to get them to where they can breed, and you can go from egg stage to harvest stage in a week, so in a month you can go from one generation to the next , and in one year you can have 12 iterations in this genetic selection.​

InnovaFeed’s facilities, on the other hand, are highly automated, she said:Think of a vertical truss where you have multiple layers. We have robots that will place the bugs in a single layer and then our job is to control the environment to make sure they are at the perfect humidity level and temperature, and the less we disturb them the better. East. We have sensors that allow us to follow the evolution of the different batches, then we have systems that tell us according to the different indicators that the larvae are ready, then the robots will pick them up and take them to the processing plant .”​

Through a sifting process, she added, “separating the larvae from the excrement​ [waste]then wash and boil the larvae to deactivate any enzymatic process that may occur in the stomach of the larvae and which may damage the quality of the protein.​

Ÿnsect– which operates production sites in Dole, France, and Ermelo in the Netherlands, with a third site under construction in Amiens, France – is also having positive conversations with US CPG companies on food applications of its mealworm protein concentrates, texturized proteins, insect meal and oils, Alain Revah, director of marketing and communications, FoodNavigator-USA told FoodNavigator-USA.

While crickets and black soldier flies are high in protein (>60% dry weight), mealworms – like grasshoppers – have even more protein (>70%) and are particularly attractive to food companies. food and feed due to their low ash content (

Mealworm protein has significant potential in performance nutrition products, asserted Revah, who highlighted a recent human studyconducted at Maastricht University showing that mealworm protein and milk protein concentrate also performed well in post-exercise muscle protein synthesis rate tests, while another recent studyshowed that Molitor mealworms can lower cholesterol in hyperlipidemic rats, prompting calls for studies to determine if this could apply to humans as well.