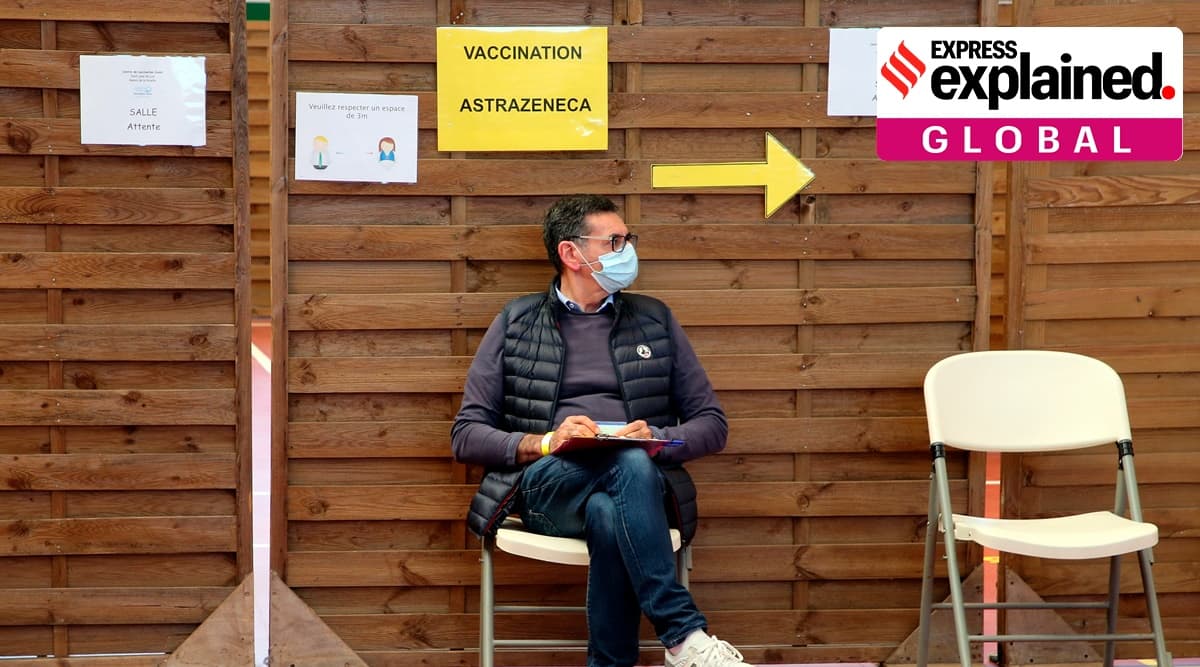 French lawmakers on Thursday approved a controversial vaccination bill that requires people to be fully vaccinated to participate in social gatherings, sports, leisure and cultural activities. The bill was adopted by 214 votes to 93 and 27 abstentions. For a bill to be adopted in the French parliament, at least 157 deputies must vote in favor.

The bill requires that people be fully immunized to access “leisure activities, restaurants and drinking establishments, fairs, seminars and exhibitions as well as inter-regional transport” as well as cinemas, theaters. , museums and other public places.

Previously, France required people to present a health pass to enter public places and access public life, but with this bill, it decided to replace the health pass with a pass from vaccination.

The main difference between the health pass and the vaccination pass is that the health pass either required people to be fully vaccinated or people over 12 to test negative for Covid to enter. public spaces.

For the moment, vaccination is only compulsory for health workers, but with this bill, it will be necessary for everyone in the public sphere.

In October 2021, as part of a measure to boost vaccination, the French government stopped providing free Covid tests to unvaccinated people. Although with this new bill, people over 16 should be fully vaccinated to access public places.

The exceptions provided for by the bill are students in the 12 to 16 age group going on school trips or extracurricular activities, emergencies and people accompanying and visiting people in social and medical services and establishments. -social can present a negative Covid certificate or a vaccination certificate.

The bill also imposes heavy fines on people who fabricate bogus vaccine passes and those who fail to effectively enforce the vaccine pass law. As AFP reports, people holding a false vaccine card could face up to five years in prison or a fine of 75,000 euros.

The bill also provides for fines to employers whose failure to follow the requirements of the new law affects employees. â€œThe maximum amount of the fine is 1,000 euros and can be applied as many times as there are workers affected by the breach. The total amount of the fine cannot exceed 50,000 euros.

The bill specifies: “To protect the population without resorting to generalized restrictive measures, and in a context where vaccination is the tool for lasting control of the virus, the Government intends to strengthen the existing tools for managing the health crisis. , by replacing the current health card with a vaccination pass and by further strengthening measures to combat fraud.

What is the controversy surrounding the bill?

The bill had angered anti-vaccination campaigners and some people even came forward saying they had been the victims of assaults, including violent threats and vandalism.

YaÃ«l Braun-Pivet, of the ruling party in France – La RÃ©publique en Marche, said earlier in parliament: “We will not give in”, referring to the death threats that many politicians had received.

As The Guardian reports, last week the garage of a ruling party MP was set on fire with graffiti on an adjacent wall by suspected anti-vaccination activists.

Barbara Bessot Ballot of La RÃ©publique en Marche took to Twitter to talk about the death threats she was receiving. She wrote: â€œNo matter what, these death threats are unacceptable and will be punished. It is obviously worth repeating: the battle we are waging is the one against the Covid and in no case an attack on freedoms. Democracy is stronger than the sowers of hate.

Many parliamentarians also opposed the bill, including left-wing lawmaker Jean-Luc MÃ©lenchon, who said the bill would allow for the checking of identity documents everywhere not only by police but also by other citizens, he added that would lead to a “totalitarian, authoritarian society.”

What did French President Emmanuel Macron say about unvaccinated people?

Emmanuel Macron, in an interview with Le Parisien newspaper, said he wanted to â€œpiss offâ€ unvaccinated people. This remark sparked huge condemnation from the opposition a few months before the next presidential election.

â€œThe unvaccinated, I really want to piss them off. And so, we’re going to keep doing it, until the end. That’s the strategy, â€he said on Tuesday. (AP / File)

â€œThe unvaccinated, I really want to piss them off. And so, we’re going to keep doing it, until the end. That’s the strategy, â€he said on Tuesday.

It has been said that Macron is trying to appease vaccinated French citizens and exaggerate the majority’s disappointment with the country’s unvaccinated. France has one of the most vaccinated citizens in Europe, the country has vaccinated 90% of its citizens over 12 years old.

Macron in the interview said the only way to reduce this minority of unvaccinated citizens was to “piss them off”.

As reported by Reuters, he also called unvaccinated people irresponsible and unworthy of being called citizens.

What happens to people who repay an imperfect credit very early?