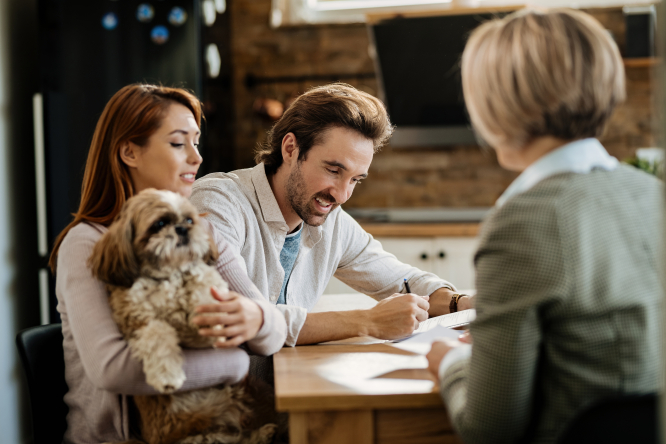 They follow the revelation that, while pets are popular – 50% of French people own one, 100,000 animals are abandoned in the country each year.

A decree setting out new rules around buying a pet was published today (July 20), eight months after parliament passed a law against animal abuse.

This will apply to the purchase or acquisition of a horse (for non-professional reasons), a dog or a cat, whether monetary or not.

The certificate details the needs and obligations of the animal that its owner must respect as well as the logistical and financial implications of the purchase.

A “reception contract” for foster families when placing animals

In the case of pets – including cats, dogs or hamsters – a hosting contract (host contract) must be signed by the host family and any shelter or association coordinating the placement.

Any online offer will also need to include contract details in a separate section of the listing, which will include details of responsibilities that owners need to understand.

Listings and listings of pets will also need to be checked.

In a press release, the Ministry of Agriculture specifies: “Announcements for pets]will be subject to verification, in particular of the validity of the animal’s registration in the national identification file, and will bear the mention ‘ad verified’ once verified”.

The new rules are part of the Animal Abuse Act, which aims to “combat animal abuse and strengthen the bond between animals and humans”.

It was voted on November 20, 2021. It provides for a gradual ban on wild animals in circuses and dolphinariums, the end of the sale of puppies and kittens in pet stores by 2024, better supervision of the sale of animals online, and tougher penalties for abuse or abandonment.

Other of these laws will gradually come into force between October 2022 and July 2023.

This follows a shock campaign carried out in 2019 by the animal protection association the Fondation 30 Millions d’Amis showed that more than 100,000 pets are abandoned each year in France.

At the time, Reha Hutin, president of the association, told The connection“The harsh truth is that 100,000 animals in France are abandoned because people don’t want to spend time finding someone to take care of their animal.

“It gets worse in the summer when 60,000 pets are left behind just so people can go on vacation.”

In July 2021, the government launched a €20 million action plan to tackle animal abandonment, which has increased dramatically over the past year partly due to the Covid lockdown, the government said.

The money is intended to help shelters – which are often at capacity – expand and provide more support to cope with abandonment and abuse.

This year (2022), rescue rates at shelters have dropped by 4%, putting them under even more pressure as fewer people choose to adopt and more people abandon their animals at shelters due to the surge. record costs and inflation.

Animal suffering and welfare has also become a major topic in the recent presidential election campaign.

People who abandon animals in the wild will now be punished with a prison sentence of three years instead of two as well as fines of up to €30,000.

End cruelty and abandonment of animals in France, according to a report by the MP