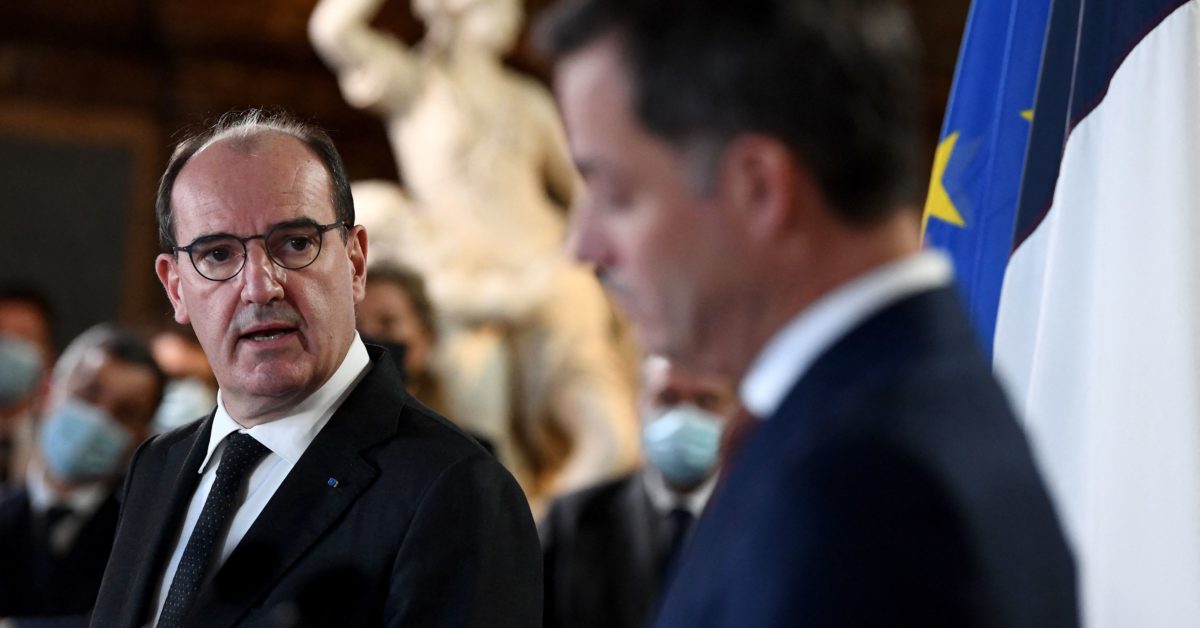 Welcome to Declassified, a weekly column on the lighter side of politics.

Those of you familiar with the COVID-19 EU Leader Top Trumps game will know that you are getting the highest possible score for potentially infecting another head of state or government.

So congratulations to French Prime Minister Jean Castex, who tested positive for the coronavirus just after meeting Belgian Prime Minister Alexander De Croo, forcing the latter into quarantine and providing another example of Greater France doing the dirty work on Little Belgium.

Fortunately, no one involved showed any symptoms and De Croo was quickly released from isolation after testing negative, but that did not prevent the deployment of Operation Damage Limitation by the French government. Clément Beaune, Secretary of State for European Affairs, deleted quickly an unstaged Instagram post in which he (unmasked) shared a laugh with Castex (masked) as they watched something clearly hilarious on Castex’s cell phone.

Perhaps they were browsing Wish, the online shopping site that looks like Amazon on drugs. On Wednesday, French Finance Minister Bruno Le Maire announced that the government was calling for “the site to be removed from all search engines” in order to protect consumers from, uh, themselves and their nighttime shopping habits.

“Either he respects the rules aimed at protecting consumers, or we are going to take a further step (…) and ban the site from French soil,” said Le Maire on France Inter.

Shorts containing a collage of the face of actor Nicolas Cage;

A muzzle for a cat that looks like it has been kidnapped by ISIS;

A selection of motorcycle style helmets for your pet chicken;

A soap dispenser in the shape of a nose.

There is a lot more to it and I highly recommend that you cancel your job and spend the day browsing (and potentially buying) this nonsense before the funny French government police take it away from you.

“Now you’re going to have a lot of free time, you might need to know how it works. Press that button and you get Netflix.

Can you do better? E-mail [email protected] or on Twitter @pdallisonesque

Last week we gave you this photo:

Thanks for all the input. Here is the best of our mailbag (there are no prizes except the gift of laughter, which I think we can all agree is far more valuable than money or alcohol) .

“No, I don’t need a new suit in a slightly darker blue. “

“Don’t worry, Charles. It takes months before they notice the change, ”by Jonas Willequet.

Are you receiving annoying spam in your French mailbox? Here’s how to stop it

A new treaty between France and Italy disrupts European politics