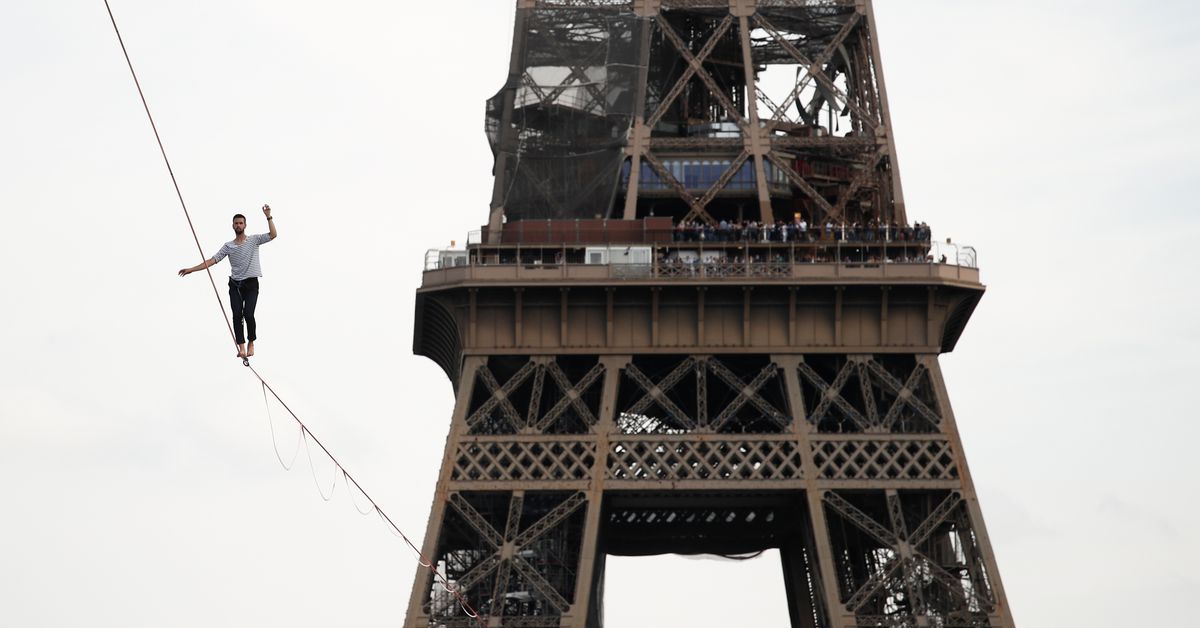 PARIS, September 18 (Reuters) – Slackliner Nathan Paulin was applauded by crowds of spectators in Paris as he made a 600-meter crossing from the Eiffel Tower across the Seine on Saturday.

Paulin, 27, moved along the slackline suspended 70 meters from the ground, at one point sitting and lying on the rope before arriving at the Théâtre de Chaillot at the end of the half-hour performance.

“It’s really beautiful from the Eiffel Tower,” he said. “During the performance, I really didn’t feel it, I really wasn’t afraid of heights.”

In 2019, the Frenchman made a slackline walk 150 meters high and 510 meters long between two skyscrapers in the La Défense business district in Paris.

The new season in the cinema: with the reopening of cinemas, stories are once again written in a big way