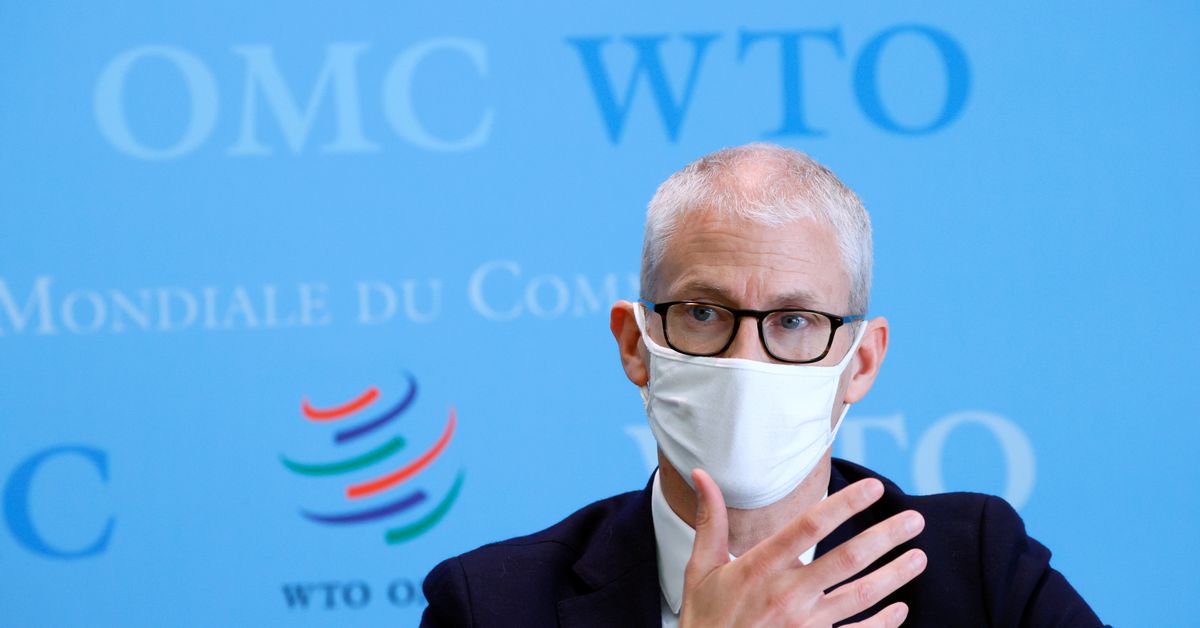 Franck Riester, French Minister Delegate for Foreign Trade and Economic Attractiveness, speaks at a joint press conference with the French Minister of Finance and the Director General of the WTO at the WTO headquarters in Geneva, Switzerland, April 1, 2021. REUTERS / Denis Balibouse / Pool

PARIS, Sept. 24 (Reuters) – French Trade Minister Franck Riester has declined the offer to meet with his Australian counterpart next month in Paris, suggesting tensions will not ease quickly after Canberra’s recent decision to cancel a 40 billion dollar agreement on submarines with France.

Dan Tehan told Australian Broadcasting Corporation radio on Monday that he would be “very keen” to meet Riester when he is in Paris in October for a meeting of the Organization for Economic Co-operation and Development. Read more

But an official in Riester’s office said on Friday the minister had rejected the offer.

“We will not follow up on the Australian minister’s request for a meeting. We cannot continue as if nothing had happened,” the French official said.

Australia last week canceled its order for a fleet of conventional submarines from France and said it would instead build at least eight nuclear-powered submarines with US and UK technology as part of the of the new AUKUS security partnership.

Paris has recalled its ambassadors in Australia and the United States following this announcement.

While France has since said it will fire its US ambassador after the French and US presidents decided to reestablish ties in a phone call, it remains furious with Canberra. Read more