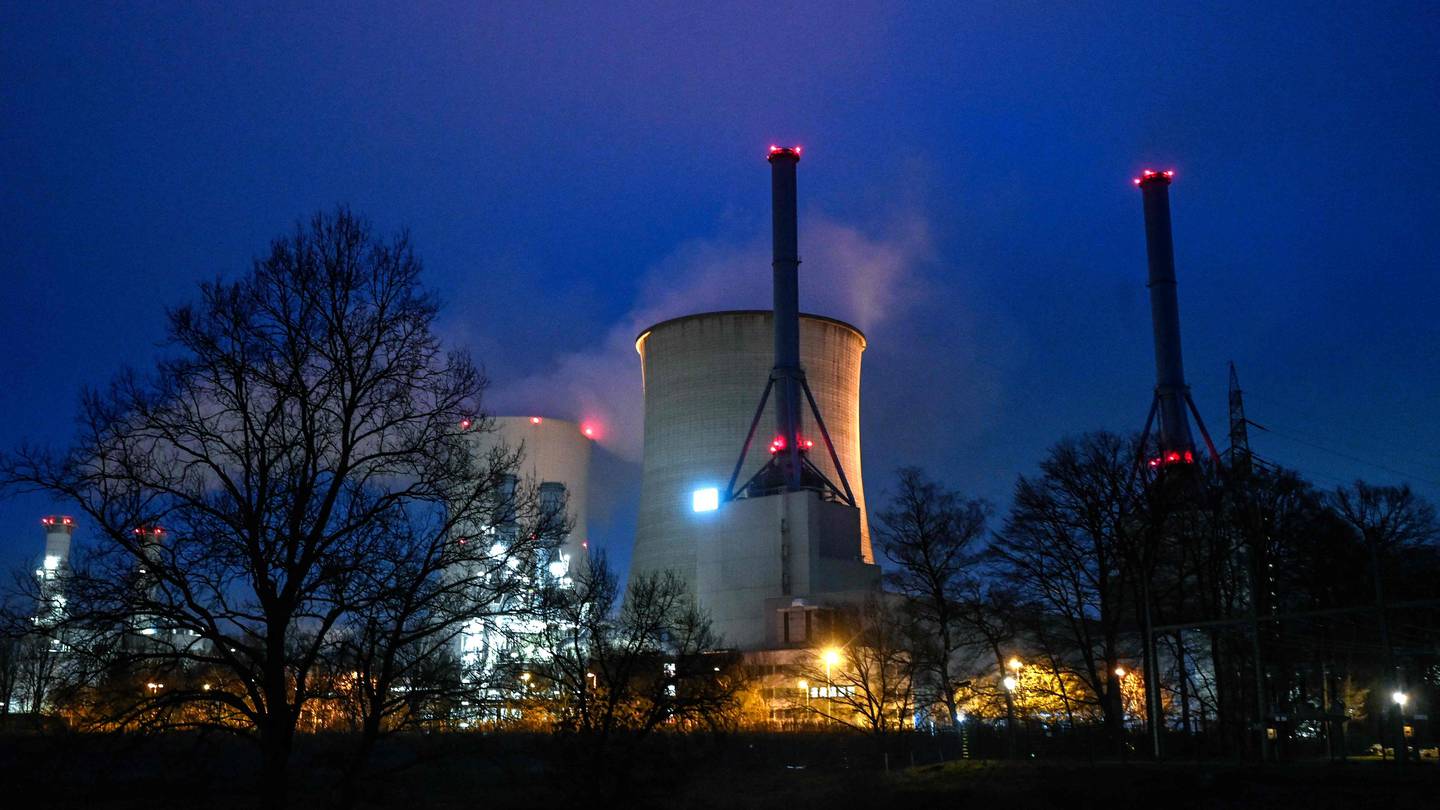 Germany received its first gas deliveries from France after a cross-border pipeline was reversed to ease the energy crisis in Europe.

In another boost, new figures showed household gas consumption fell by around 30% as Germany steps up its energy-saving efforts.

The positive developments came after German Economy Minister Robert Habeck said a recession was looming due to the energy crisis.

Europe’s biggest economy is expected to contract by 0.4% next year as people rein in spending and industrial production slows, Mr Habeck said.

Germany declared a gas crisis in June after Russia cut supplies, which have since stopped completely.

But technical work has now been completed to reverse a connector in the Saar region that was previously used to transport Russian gas from Germany to France.

This means that France can sell gas to Germany via the Obergailbach/Medelsheim connector after buying it on the world market.

France has the capacity to ship liquefied natural gas directly from suppliers such as the United States and Qatar, while German LNG terminals are still under construction.

Gas began flowing east from France to Germany on Wednesday, and the connector has the capacity to send around 100 gigawatt hours of power per day.

German gas storage tanks are now around 95% full, nearly two weeks ahead of the November 1 deadline.

Industrial gas consumption also fell by 29%, as savings could be aided by exceptionally warm weather in mid-autumn.

The government on Thursday stepped up its public information campaign by launching television and online advertisements encouraging people to save energy.

The advertisements, which will be shown in cinemas, urge consumers to save water, turn down radiators and insulate doors, with the slogan “every contribution counts”.

Mr Habeck said the gas savings were a response to Russian President Vladimir Putin’s attempts to use energy as a weapon.

“We will not be intimidated,” Mr. Habeck said.

“Gas is a scarce resource and it is important to use it carefully. All sectors are solicited, the economy, the public sector but also private households.

Mr Habeck’s Green Party was forced to swallow its pride and announce that coal and nuclear power plants would be kept in reserve longer than planned to fill the energy shortage.

As France intervenes in gas exports, its power output has been weaker than expected after maintenance problems with its nuclear network, adding to pressure in Germany.

Energy-saving measures already introduced in Germany include cooler temperatures in swimming pools and dimmed lights on national monuments in Berlin.

Flagship automotive and chemical sectors have both reported problems as the energy crisis leaves its mark on German industry.

Chancellor Olaf Scholz last month announced a bailout of up to 200 billion euros ($195 billion) to subsidize energy prices until 2024.

His government is pushing for greater energy savings at European level as an alternative to the price caps sought by some member states.

Germany and others fear that setting a maximum price will reduce Europe’s purchasing power on the world market.