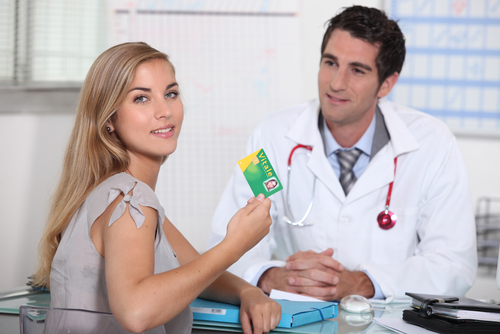 If you need a doctor while in France but speak limited French, the prospect of finding one can seem daunting.

However, many of them speak English, and here we provide some tips to help you find one.

How do medical practices differ in France from the UK?

In France, many doctors traditionally practice alone and from practices that are often part of mixed residential and commercial islands, even if more and more of them are grouping together.

President Emmanuel Macron, during his electoral campaign in 2022, announced his intention to double the number of multidisciplinary nursing homes (community clinics with several medical services under one roof).

How to find an English-speaking doctor in France?

There are several ways to find English-speaking doctors in France.

You can use the popular website doctolib.fr to find an English-speaking doctor online.

Once you have selected the specialty (eg. generalist) and the geographical area, you will get a list of doctors and you can reduce it by spoken languages.

However, not all doctors use this site.

The Australian Embassy lists some English-speaking doctors mainly located in the Paris region but also in Lille, Nice and Monaco here.

Like the Australian Embassy, ​​the American Embassy also provides a long list of doctors (mainly based in Paris) who can serve patients in English here.

English speakers can find additional medical services available to them through the American Hospital of Paris, which has hundreds of doctors on its books, many of whom see people as outpatients (see “Finding a doctor” on american-hospital.org).

It is the only US hospital accredited for civilians in Europe.

Alternatively, there is the Hôpital franco-brittanique (hopitalfrancobrittanique.org) also in Paris, which is run by the Hertford British Hospital Charity.

Riviera Medical Services (rivieramedical.com) is a partnership of English-speaking doctors based in the Alpes-Maritimes.

The SOS Médecins home emergency call service (3624) also indicates that you can request an English-speaking doctor.

If you think your French is not sufficient to consult a French-speaking doctor, find out in your area to see if someone can refer you to an English-speaking practitioner.

Can the Cpam site help me find an English-speaking doctor?

The Cpam site annoncesante.ameli.fr can help you find a doctor, but you cannot search by spoken language.

This is a directory of doctors (health professionals) and clinics/hospitals (care facilities).

If you choose healthcare professionalyou can search by name, specialty or medical procedure plus place.

You can also specify an area and specify male or female doctors and those who accept or do not accept reimbursement with a simple swipe of a health card.

Why can it be difficult to find a doctor who speaks English?

Doctors are officially not allowed to advertise (eg in press ads) and there is no official way (on the internet or elsewhere) for a doctor who speaks English or is of a certain nationality to market this information.

They should also not portray themselves in a too “self-promotional” or commercial way on websites.

However, saying they speak English would be allowed as it would be considered “information” and not promotion, the doctors’ professional body said. The connection.