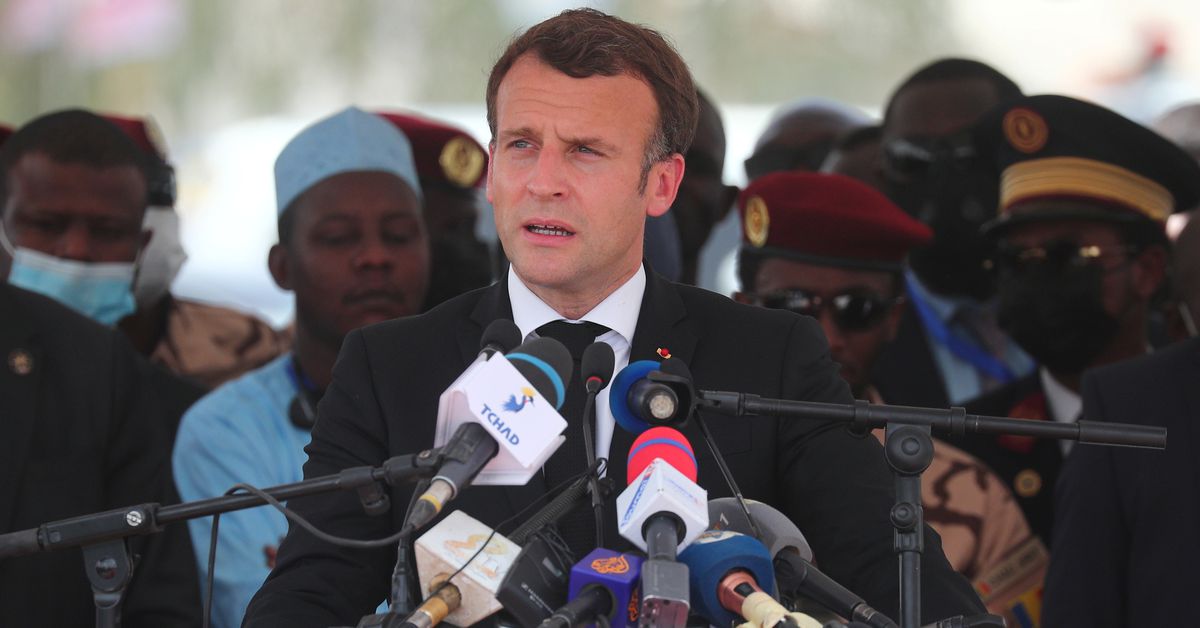 In tribute to his friend Deby, Macron says France will not tolerate threats against Chad

French President Emmanuel Macron paid tribute to the late Chadian President Idriss Deby during his funeral on Friday and said Paris would not let anyone threaten the stability and integrity of its former colony as it made a transition to democracy.

Deby, a close Western ally, was killed in a battle with the rebels on Monday, raising fears that more unrest and uncertainty is hampering the fight against Islamist militants in the Sahel region.

“France will not allow anyone to question or threaten the stability and integrity of Chad today or tomorrow,” Macron said during a speech at Deby’s funeral.

The French president was seated for the ceremony next to Deby’s son Mahamat Idriss Deby, who, with military advice, took office in N’Djamena and said he would restore civilian rule within 18 months.

“France will also be there to stay alive without waiting for the promise of a peaceful Chad creating a place for all its children and its components,” Macron said. “The transition will have this role to play: stability, inclusion, dialogue and democratic transition. We are and will be at your side.”

Recalling the long ties between France and West Africa which, according to Macron, had linked them, he paid tribute to Deby, a “friend” and “courageous” soldier, who had given his life to his country.

Deby seized power in a rebellion and ruled Chad for 30 years. Human rights groups have accused France and other Western powers of turning a blind eye to its government’s political repression over its security cooperation.

Dozens of tourists fined for stealing sand, shells and rocks from Sardinian beaches |…