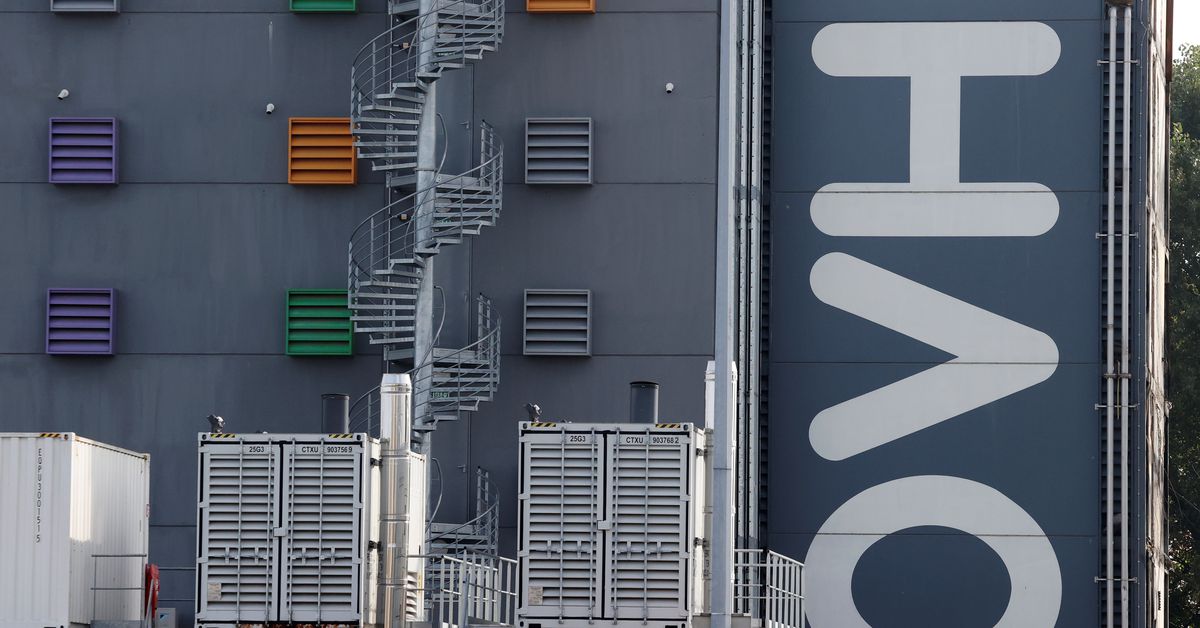 PARIS, October 13 (Reuters) – The IPO of French cloud computing service provider OVHcloud is expected to continue at a low price of â‚¬ 18.5 per share, one of the banks said on Wednesday in charge of the operation, valuing the company at around 3.5 billion euros.

One of the bookkeepers said the IPO – which will likely be one of the biggest initial public offerings of the year in France – is already oversubscribed, although the books won’t close until noon Thursday. .

On October 5, OVHcloud – the second European provider of cloud services after T-Systems (DTEGn.DE) of Deutsche Telekom according to Synergy Research – had set a price range of 18.5 to 20 euros per share, which would lead to a market value of 3.50 to 3.74 billion euros. The company was not immediately available for comment on the likely outcome.

The firm had also indicated that new shares would raise around 350 million euros, while the sale of existing shares by shareholders including the Klaba family would represent an additional 50 million euros.

Since then, the volatility of the financial markets due to the fear of inflation and a possible monetary tightening, as well as the problems of the Chinese real estate giant Evergrande, have led to uncertainty and the French Icade SantÃ© and the Swiss Chronext have both abandoned their listing plans.

OVHcloud’s IPO continues despite market uncertainty and the announcement of a network outage on Wednesday, just two days before its scheduled listing on Friday.

President Octave Klaba said on Twitter that the outage followed “human error” while reconfiguring one of its data centers in the United States. The network returned to normal about an hour later at 0815 GMT.

This was the second major disruption for OVHcloud this year.

OVHcloud is perceived by some politicians as a potential alternative to the American giants Amazon Web Services (AMZN.O), Microsoft Azure (MSFT.O) and Google Cloud (GOOGL.O).

However, the company so far does not have the scale and financial clout to reduce the market share of these companies.