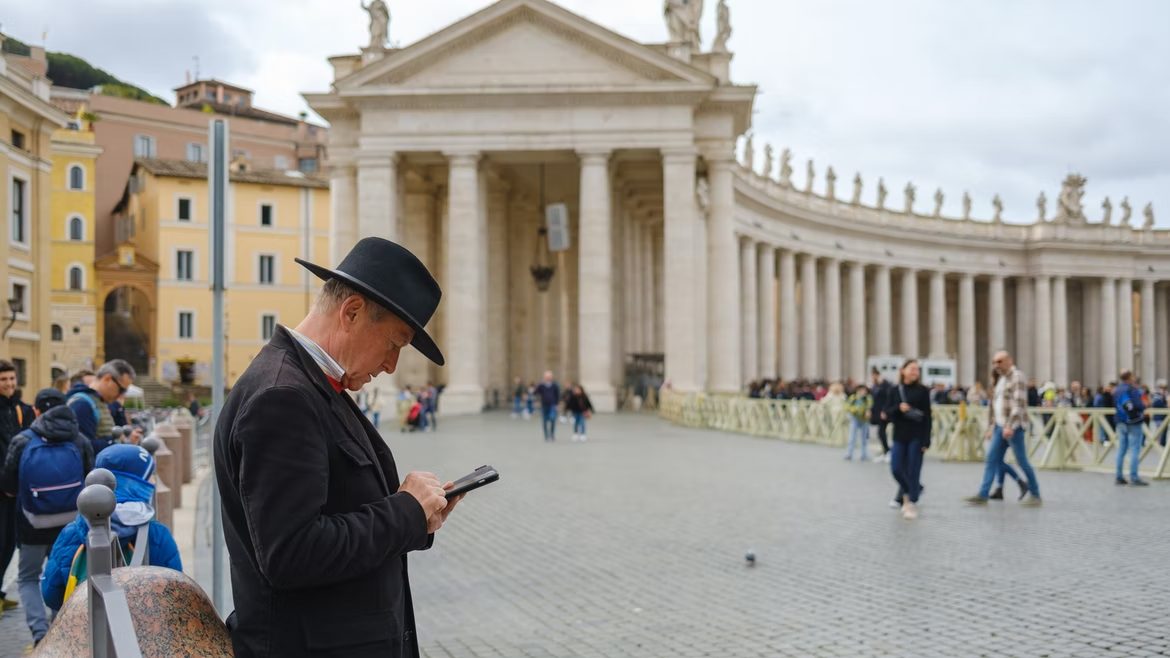 Although Italy is primarily focused on bridging the digital divide, it is also active in several other key digital policies. These include prioritizing online privacy, passing one of Europe’s first digital tax laws and regulating the gig economy and other global tech giants.

Digital spend: Italy received the largest share of EU coronavirus pandemic recovery funds – 195.1 billion euros – and earmarked a further 30.6 billion euros ($34.67 billion ) of national funds to strengthen its planned reforms. Under the National Recovery and Resilience Plan approved last year, 25.1% of the money will go to “digitalisation and innovation”. Key initiatives include expanding 5G broadband access; strengthen the digital capacity of government agencies; help manufacturing companies digitize their production processes; and the strengthening of digital skills to boost the fields of tourism and creation.

In January, Colao said 9.5 billion euros had already been allocated, including 1.9 billion euros ($2.51 billion) for a “national strategic data center”. The project would consolidate national and local government data, which is currently stored in 11,000 separate data centers, into a single Italian cloud center. Originally, the goal was for the data center to be “located in Italy and controlled by Italians”, but it proved impossible to rely solely on Italian technological know-how. The offer was finally entrusted to an Italian company which will join forces with Google or Microsoft.

During the COVID-19 crisis, the authority has been pragmatic. He oversaw the rollout of the country’s Green Pass system. In Italy, proof of vaccination against COVID-19 has been required for nearly a year to enter almost all public places, with compliance being monitored via the digital Green Pass which takes the form of a QR code. Italy has also required all citizens over the age of 50 to be vaccinated or face fines, with the Garante monitoring data sharing between government agencies.

Digital tax: Italy was quietly an early proponent of digital taxation. In December 2019, Parliament approved a digital services tax whose wording was almost identical to an EU proposal that was stalled in late 2018. The 3% tax applied to gross revenue from online advertising , online sales and data processing for companies with global annual revenue. of at least 750 million euros, of which at least 5.5 million euros must come from digital services in Italy.

The tax originally required separate implementing legislation, which the Italian government delayed publication while waiting to see if Europe or the Organization for Economic Co-operation and Development (OECD) would reach an international agreement. But faced with severe budget deficits and a brewing spending battle with Brussels, in December 2020 Parliament went ahead and approved a new tax that took direct effect in 2021, without additional legislation. Under a sunset provision, the tax will automatically be repealed if an international tax agreement comes into effect.

Giga economy: Although the use of food delivery apps was virtually non-existent in Italy before the COVID-19 crisis, Italians have since embraced deliveries – and Italy has become an unexpected champion for workers in the gig economy. . In February 2021, the Milan prosecutor’s office fined four food delivery services a combined €733 million ($830 million) for violating Italian labor law by classifying their 60,000 delivery workers as independent contractors. . Soon after, Just Eat agreed to hire its 4,000 passengers as regular employees with minimum wage, benefits, travel reimbursements and safety equipment. In December, the remaining food delivery services – Uber Eats, Glovo and Deliveroo – reached an agreement to improve conditions for workers, although the prosecutor did not say whether the agreement included hiring workers as than employees.

Antitrust: Italy’s antitrust authority has become one of the most aggressive in Europe when it comes to cracking down on international tech companies. In December, the Autorità Garante della Concorrenza e del Mercato fined Amazon 1.13 billion euros ($1.28 billion) for privileging sellers who use the company’s logistics services. Shortly before, Italian regulators imposed a series of multimillion-euro fines last year on Apple, Google and Facebook. The fine came as the European Commission investigated Amazon for similar practices in other countries.

Whether Italy succeeds in implementing its digital agenda will be a matter of timing and bureaucracy. Legislative elections will take place in the summer of 2023. This means that Draghi, the Prime Minister, could only have 16 months left in office. Italy is famous for its political stalemates and its theaters, but since taking over as prime minister in February 2021, ‘Super Mario’, as Draghi is popularly known, has been credited with bringing the necessary clout to reduce noise and pass legislation in record time. . But time is running out and the political struggles are fiercer than ever.

How to get a hardship loan if you are unemployed