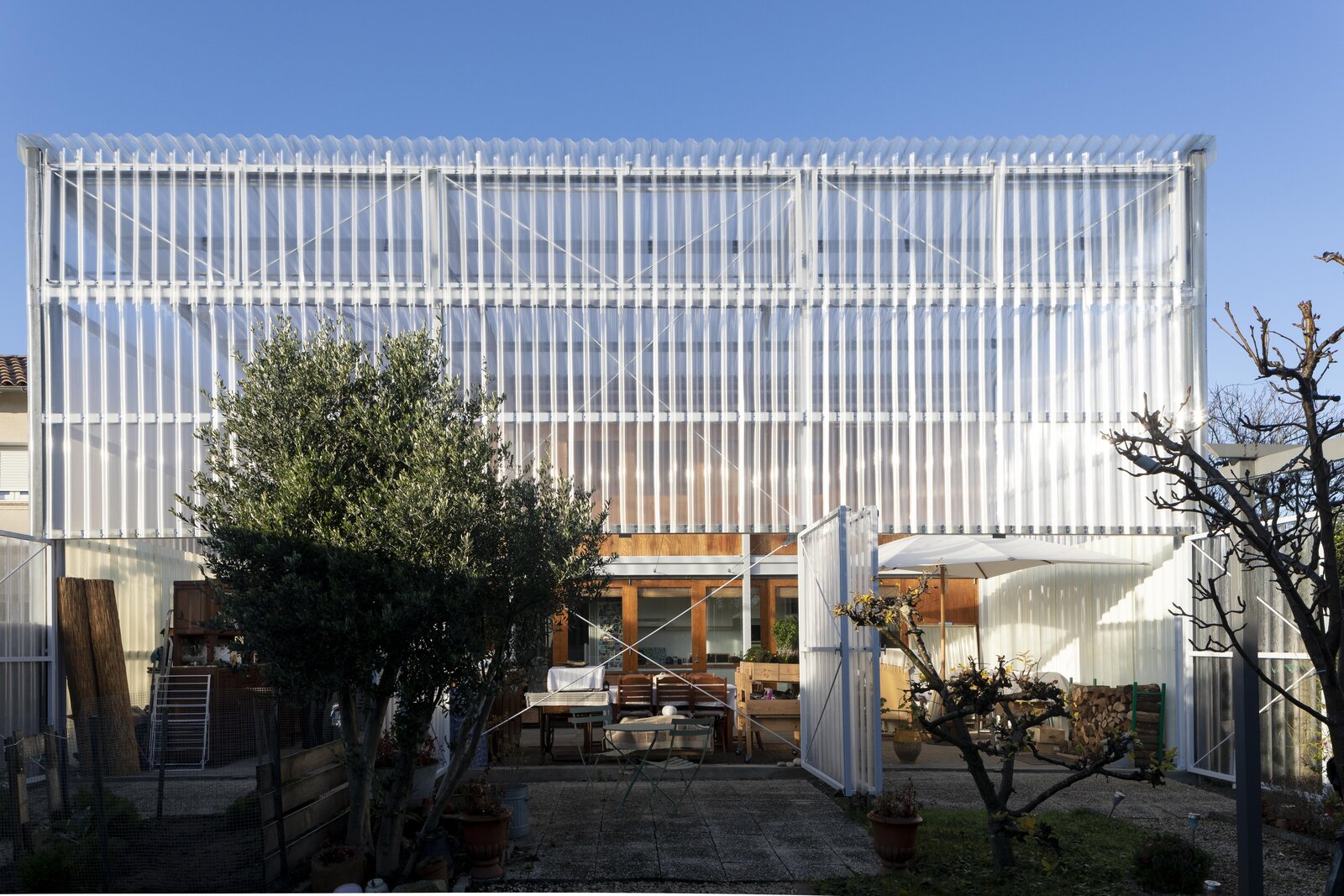 From Rue de Floirac in France, a quiet commune near Bordeaux, Latapie House appears to have no front door – its facade is made up of a succession of undulating fiber cement panels that stretch across the building width. Built in 1993 for a family with two children, the two-level house was designed by architects Anne Lacaton and Jean-Philippe Vassal of Parisian firm Lacaton & Vassal. The architectural duo, who established the firm in Bordeaux in 1987, won the 2021 Pritzker Architecture Prize after bringing together a portfolio of famous projects spanning more than three decades.

Before joining renowned Pritzer Prize winners such as Frank Gehry, Zaha Hadid, Renzo Piano and Rem Koolhaas, the founders of Lacaton & Vassal won the European Union Prize for Contemporary Architecture 2019, also known as of the Mies van der Rohe prize, for their renovation of a Bordeaux building complex which “radically improved the space and the quality of life of its occupants”, according to the judges. In 2013, the company’s renovation of the Tour Bois-le-Prêtre, a 16-storey Parisian apartment tower dating from the 1960s, won the Design of the Year Award from the Design Museum of London.

Located across the Garonne River from Porte de La Lune, the historic port of Bordeaux which is now a UNESCO World Heritage Site, the 1,830 square foot Maison Latapie marks one of the first projects completed by Lacaton & Vassal. Functional corrugated fiber cement panels clad the street-facing exterior, acting as huge window shutters that completely obscure the home’s interior. When the panels are opened, however, they reveal a series of glazed doors that lead to the wooden volume placed in the metal structure.

Inside the two-level modular building, a series of passageways connect the living spaces. On the first floor, the living room, the dining area and the open kitchen are organized around a central “technical block” which houses the staircase and the toilets. The architects chose different surfaces to indicate various uses of the spaces on the ground floor: black and white tiles mark the entrance, kitchen and dining room, while the living room has parquet flooring. On both levels, the walls are clad in wide-grain plywood, giving the home a warm feel that counters some of the industrial materials used elsewhere in the structure.

The back of the house features a translucent corrugated polycarbonate frame that forms a greenhouse-like shelter around the wooden volume, extending the interior living spaces to the garden. Operable doors and clerestory windows at the top and bottom of the pavilion modulate the temperatures in the indoor/outdoor living space, making the space comfortable for gatherings all year round.

“The luminous volume of the greenhouse opens entirely onto the garden and allows the house to evolve over the seasons”, we read in the Architecture De Collection sheet. “Thanks to its eastern location, it captures the first rays of the sun in the morning. In winter, it creates a thermal buffer that promotes energy savings for the heated parts of the wood volume.”