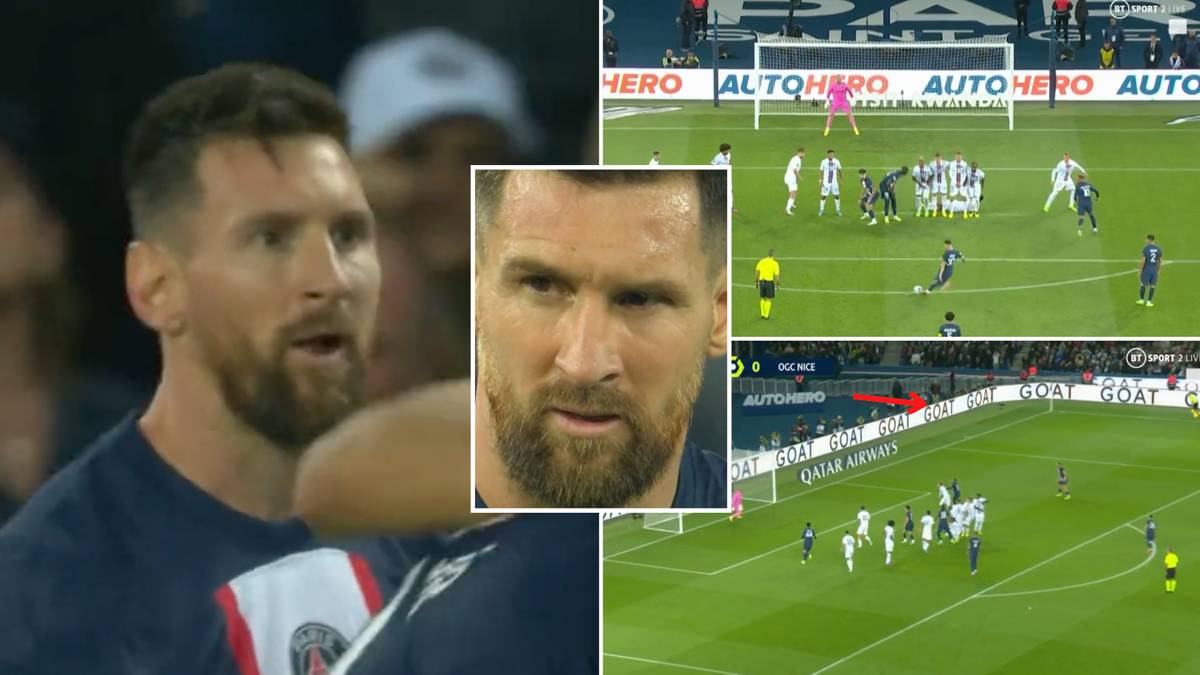 The 35-year-old is now looking back to his best after a difficult first season in French football.

Ahead of Saturday’s Ligue 1 game against Nice, Messi had already scored six goals and provided eight assists for PSG this season.

Messi continued his excellent form against Nice on Saturday, giving PSG the lead at the Parc des Princes with a superb free-kick.

The seven-time Ballon d’Or winner won the foul himself, leaping forward and beating two players before being knocked down just outside the box.

He then curled an unstoppable effort past Nice goalkeeper Kasper Schmeichel and into the top corner to put PSG ahead after 28 minutes.

Eagle-eyed fans noticed that the moment Messi kicked the ball, the pitchside advertisements changed to display the word ‘GOAT’.

PSG fans on social media were also quick to call Messi the best of all time after his latest goal helped the home side win 2-1.

“Was, is and forever will be the GOAT,” wrote one fan on Twitter.

While another added: “The Best EVER”, followed by the goat emoji.

Messi’s form this season is all the more remarkable, given his struggles last term.

Was, is and forever will be the GOAT

Even the billboards know it.. 🐐

He managed just six league goals in his first season with PSG after joining the club on a two-year deal from Barcelona in 2021.

“I feel good, I feel different from last year. I knew it was going to be like this,” the Argentine said.

“I’m more comfortable with the club, the dressing room, my team-mates, the game. I feel very good again, so I’m starting to enjoy it again.”