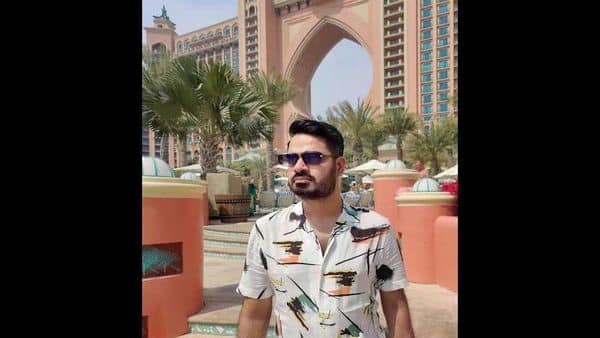 Lionel Andrés Messi has earned his place in the history of sport as perhaps the greatest footballer of all time. Every move the six-time Ballon d’Or winner makes on and off the pitch creates a ripple effect in the world of football. In August this year, Messi signed a two-year contract with Qatar-owned Paris Saint-Germain FC. According to Mohit Mirchandani, this acquisition has changed the game for the French club.

Mohit Mirchandani explains that the purchase by PSG of a player of the prestige of Messi has benefited both brands to achieve their goals. “With Messi’s transfer, PSG and the French League have the unique opportunity to have the best player on the planet play for them. In addition, Messi has joined a team working on their most ambitious project – to be among the clubs Europe’s elite, former president of FC Marseille, longtime rivals of PSG, Labrune seemed to embody the joy of the nation when he called Messi’s signing “a historic day for French professional football.” Mohit explains : “There were only two football clubs that could afford Messi – Manchester City and PSG. In the end, the club with the greatest ambition won. “Messi’s decision to pick the latter has helped PSG’s brand value soar and has significantly strengthened its position among the world’s most important sports brands. Having co-founded public relations and digital marketing firms and Helped develop thousands of brands, Mohit points out how rare this opportunity was. He says: “It is extremely rare that a brand has such an opportunity. In this partnership, both brands benefit massively. Messi is too big a mark to join MLS. And apart from PSG, no other club was so keen to bring Messi on board. This move gives the Messi brand an extended lifeline among the elite levels of European football. “

Mohit Mirchandani shares that Messi’s arrival at Paris Saint Germain brings his global appeal, instantly marking PSG with a dedicated and unconditional following to add to their fan base. Paris Saint Germain and the French League will be rewarded with branding, merchandise sales and broadcast rights in the years to come. “No footballer can guarantee commercial and on-pitch success like Messi can. He is and will remain one of the biggest sports brands in the world. Other brands will line up to partner with him and PSG . “

According to Mohit Mirchandani, Paris Saint Germain and Ligue 1 have a lot more to gain from this alliance. PSG now have a much stronger influence on the market. “With superstars such as Messi, Neymar and Mbappe, PSG are suddenly counted among the elites of the football world. They are expected to win the Champions League in 2021-22 by default. It is a sign of their new high status. They have now joined the elite club of the biggest sports brands on the planet. “

The world of sports brands is extremely competitive. Athletes keep an eye on brand sponsorships, image rights, etc. A footballer’s branding journey is almost as important as his playing journey. The market for major personal brands is very difficult. Messi chose from what was in front of him to move forward. PSG, for their part, have been careful to raise their status from almost elite to elite.

Disclaimer: This is a company press release. No LM journalist is involved in the creation of this content.

New clinical data on the investigational compound in GENFIT