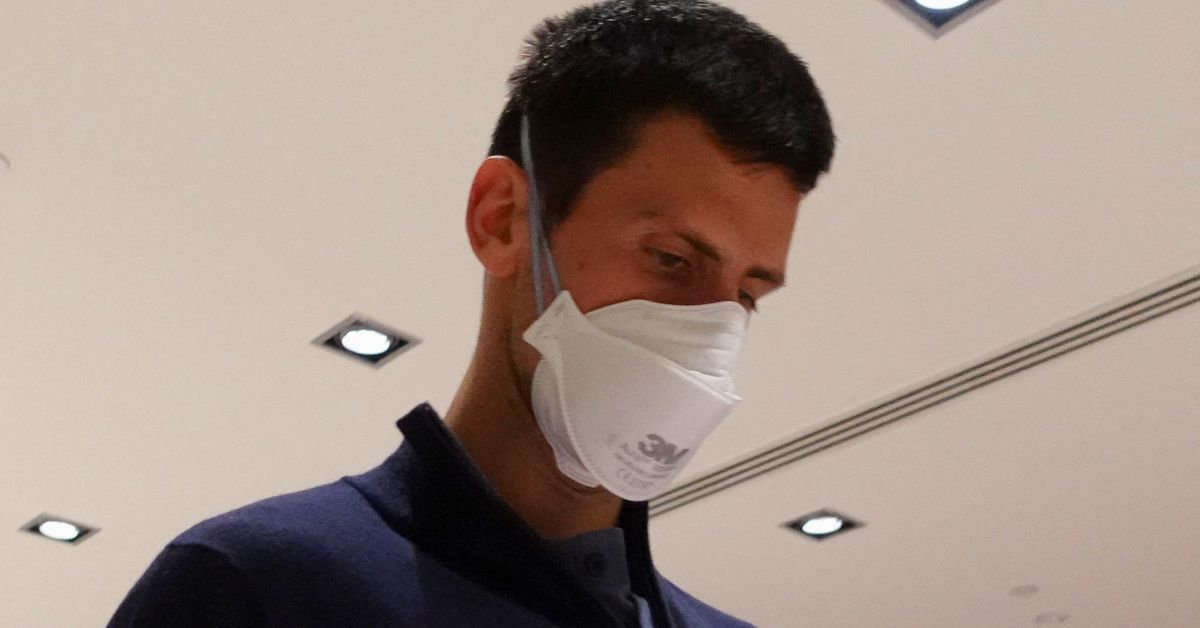 No vaccine, no French Open for Djokovic, according to the French Ministry of Sports

Serbian tennis player Novak Djokovic walks at Melbourne airport before boarding a flight, after the Federal Court upheld the government’s decision to revoke his visa to play at the Australian Open, Melbourne , Australia, January 16, 2022. REUTERS/Loren Elliott

PARIS, Jan 17 (Reuters) – Novak Djokovic could be banned from playing at Roland Garros as things stand after the sports ministry said on Monday there would be no exemption at the news French law on the vaccination pass.

World number one Djokovic, who has not been vaccinated against COVID-19, was expelled from Australia on Sunday ahead of the first Grand Slam tournament of the year after losing a lawsuit to overturn the cancellation of his Visa.

France‘s vaccination pass law, approved by parliament on Sunday, will require people to have a vaccination certificate to enter public places such as restaurants, cafes, cinemas and long-distance trains.

“The rule is simple. The vaccine pass will be imposed, as soon as the law is promulgated, in establishments which were already subject to the health pass”, specifies the ministry.

“This will apply to anyone who is a spectator or a professional athlete. And this until further notice.

“Now, as far as Roland Garros is concerned, it is in May. The situation may change by then and we hope it will be more favorable. So, we will see, but clearly there is no derogation. “

Serbian Djokovic, who was banned from competing to win a record 21st Grand Slam title at the Australian Open, refused to be vaccinated and faced criticism for attending public events last month after have tested positive for the coronavirus.

Mycronic receives an order for an SLX mask engraver