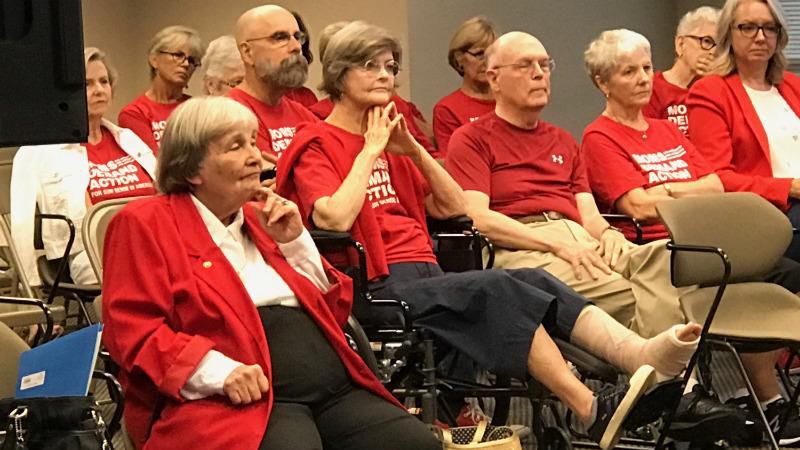 Two weeks ago the Tallahassee Democrat reported that powerful Florida gun lobbyist Marion Hammer had received $ 300,000 from Unified Sportsmen of Florida, an affiliate of the National Rifle Association, in loans at as low as 2% interest since 1995 .

The revelation sparked an instant rebuke from Rep. Anna Eskamani, D-Orlando, who called for a legislative inquiry. Soon after the Florida Senate erased Hammer of wrongdoing in a case that alleged that she broke the lobbying rules of that chamber by not reporting his compensation for over a decade, the chances of lawmakers following up seemed pretty low.

Then Dan Christensen from the Florida Bulldog dropped another explosive story: Hammer has obtained several “apparently illegal loans over the years” from Unified Sportsmen of Florida, which she founded in 1975 and which she directs.

The problem is, Florida law prohibits nonprofits from lending money to their directors. Hammer earns $ 110,000 as the group’s executive director. None of the other Unified Sportsmen of Florida board members were helpful in answering Christensen’s questions about why the loans were made to Hammer. Some of the responses, especially that of John Malloy, are extraordinary. Seriously, read the story.

(UPDATE: On Saturday, Hammer alerted The Buzz that she and her attorneys, Richard E. Coates and Emmett Mitchell, IV, issued a cease and desist letter to Christensen on Friday claiming her story was “false and defamatory “and demanded that the Bulldog stop publishing” false and defamatory statements about Ms. Hammer. ” posted a response on Facebook: “This is what media bullying looks like. “)

And then, a few hours later, Beth Reinhard and Tom Hamburger from Washington post have dropped their Hammer’s financial investigation.

They found out that Hammer had taken out loans over $ 250,000, at a very low rate of 2%. The loans have been used to buy or help buy several properties in Tallahassee, “including one with a daughter and one with a granddaughter.”

Hammer told the To post what she said on Democrat: The loans came from his retirement account, not from the association. Tax experts interviewed by the Post said the nonprofit’s tax returns were inconsistent with Hammer’s explanation.

This scrutiny comes as Hammer must go through another session, which begins in January, where lawmakers meet under public pressure to adopt tougher gun restrictions.

Oh, and it’s an election year too.