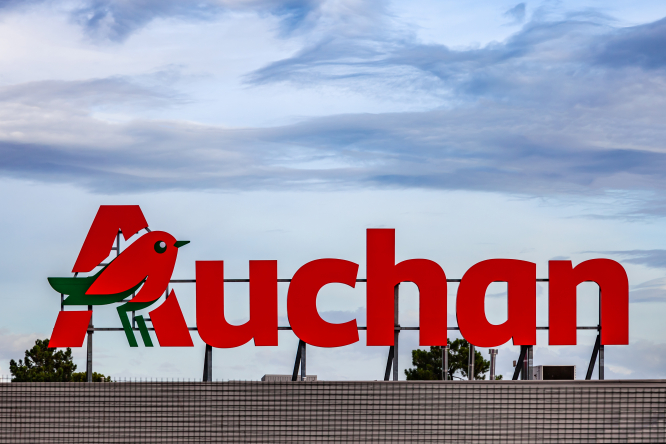 Pressure mounts on French brands to close stores in Russia

Pressure is mounting on French retailers including Auchan and Decathlon, which are continuing their sales and activities in Russia despite the invasion of Ukraine.

Store ads and logos have been defaced or digitally altered – like Leroy Merlin changed to “Leroy Kremlin” in an image, for example – while social media posts against the groups grow, along with calls to the boycott.

Among the brands targeted are Auchan, Leroy Merlin and Decathlon, all managed by the Mulliez company.

Eco-activists staged a protest against the group at its headquarters in northern France, calling for citizen pressure for the company to change its policy in Russia.

Two municipal employees and a local councilor (from the ecologist party EELV) joined the demonstrators to chant slogans such as “peace, climate, same fight” and “Auchan, Mulliez, stop Russia”.

Marine Tondelier, regional councilor for Hauts-de-France, told BFMTV: “We have seen many groups, including very capitalist ones, ready to give up profits because, in terms of image, it is no longer possible to staying in Russia. That puts off consumers.”

So far, the administrators of Mulliez have remained silent on the issue. The group has over 400 stores and employs over 90,000 people in Ukraine and Russia.

Last week, a spokesman for the Russian subsidiary of Auchan denied (to the Russian newspaper Kommersant) that it was planning a withdrawal from the country. She assured the newspaper that her stores would continue to operate as usual, to “feed the population”.

Internally, the group sends the same message, said a representative of the CFDT union.

Auchan said it would stay in Russia so it could continue to pay salaries and feed the population. However, the same union warned that this policy could be increasingly difficult to maintain, as public pressure due to the offensive against Ukraine continues.

Auchan has come under particular scrutiny for its continued operations in Russia, as have other French companies such as Renault, Engie, Airbus and TotalEnergies.

Ukrainian war: how French companies with ties to Russia may be affected

In pictures: 41,000 people across France demonstrate against the war in Ukraine

Can I get an auto loan for a car with a salvaged title?