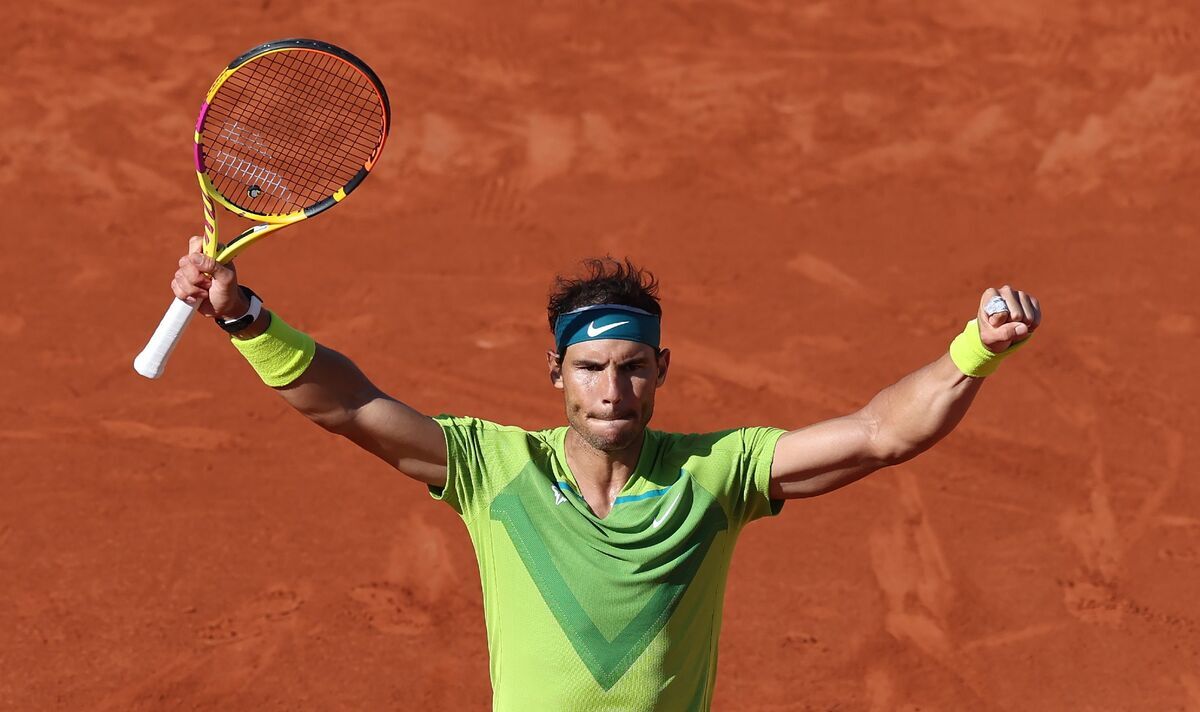 He was then on the pitch for three hours with Alexander Zverev before the German star was forced out through injury, meaning the Spaniard progressed to a final with Casper Ruud. And Nadal, 36, was ruthless as he dispatched the Norwegian in straight sets.

However, his appearance at Wimbledon is now in doubt, having clearly struggled throughout the tournament with the foot problem that prematurely halted his 2021 campaign. And when asked by Eurosport presenter Barbara Schett how many anesthetic injections, allowed in tennis, he had received during the event, Nadal replied: “It’s better you don’t know about it.”

But this exchange was skipped by French cyclist Thibaut Pinot, who tweeted “Heroes of today…” in what appeared to be a dig at Nadal. And when asked to explain his point of view, he denounced the fact that the medical exemptions granted to Nadal are not available in his own sport.

JUST IN: Emma Raducanu ‘unlikely’ to play Wimbledon as senior doctor opens up about injury

“Because I have my convictions, a way of seeing sport and sports performance differently from yours perhaps? My tweet which is causing so much reaction fell on Nadal but it could have been a golfer, a rider, a handball player, a basketball player, a fencer, a rugby player, a weightlifter, a skier, a footballer, a surfer, a cyclist, etc…

“In no way is his career or his talent called into question here. We see too many athletes using this kind of practice in recent weeks. The methods [used by Nadal] are simply forbidden in my sport, which is unfortunately so maligned. Here is a little more detail on the sadness of my tweet.

DO NOT MISS :
Novak Djokovic under extra pressure to win Wimbledon again because of two players
Alexander Zverev ‘will miss Wimbledon’ as French Open horror injury timeline emerges
Andy Murray off to winning start at Stuttgart Open as he ramps up Wimbledon preparations

Publication of the book Paying With Fish by Viv Booth