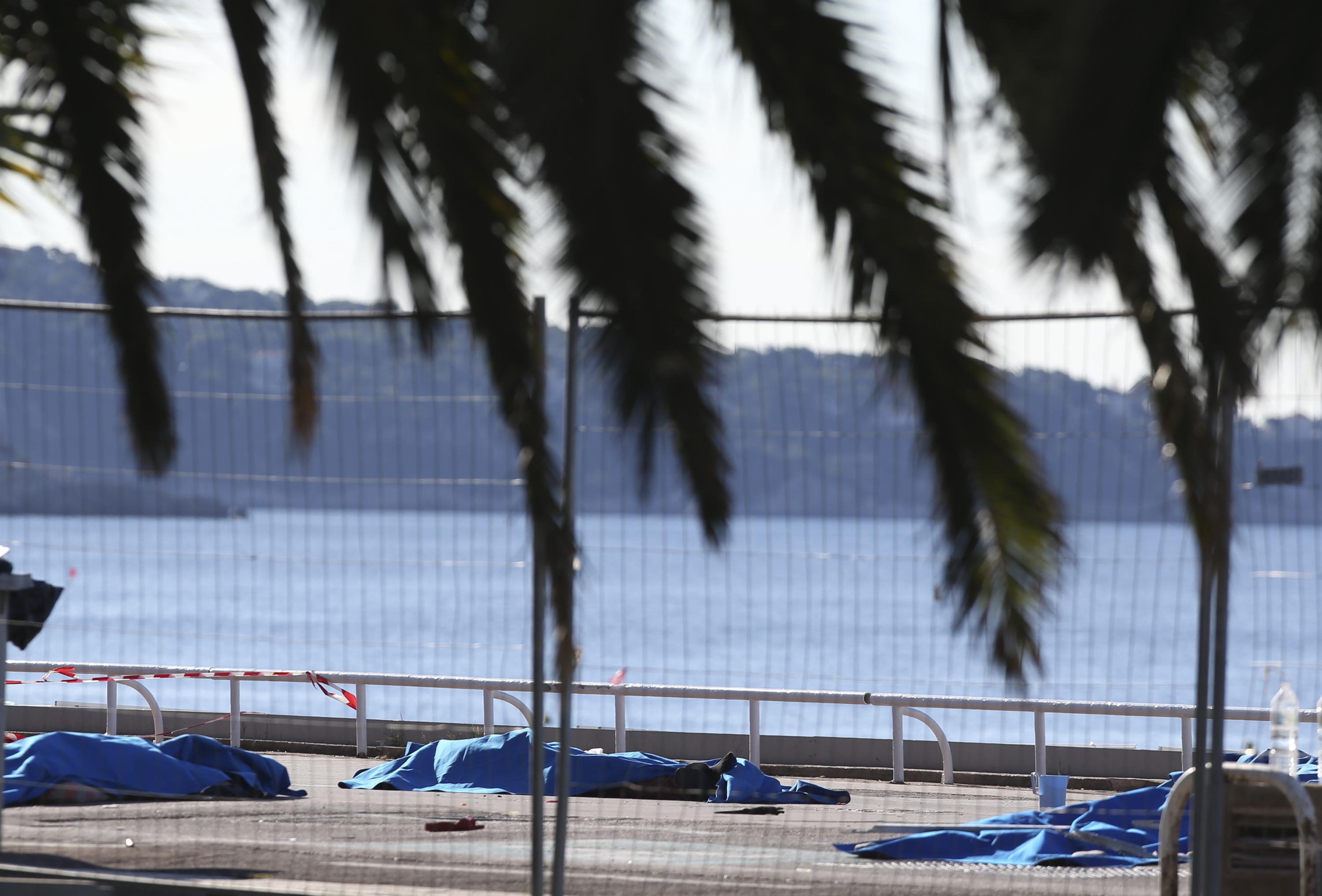 A lawyer was walking with her mother, friends and a colleague along the seafront boulevard in Nice to celebrate France’s National Day. Four young sisters from Poland had spent a day sightseeing. Two Russian students were on summer vacation. And a Texas family, vacationing with young children, was visiting some of Europe’s classic sights. The bright lights of the crowded boardwalk twinkled along the bay like a string of stars.

These lights would mark a path of murder and destruction on the night of July 14, 2016. Shortly after a fireworks display ended, a truck drove through the crowd for two kilometers. (1¼ miles) like a snow plow, hitting person after person.

The final toll is 86 dead, including 15 children and adolescents, while 450 others were injured.

Eight people are tried Monday in a special French terrorism court charged with aiding the attacker, Mohamed Lahouaiej Bouhlel, who left a gruesome trail of crushed and mutilated bodies across 15 city blocks. Bouhlel himself was killed by police the same night.

“It was like on a battlefield,” said Jean Claude Hubler, a survivor and eyewitness to the horrific attack on Thursday. He rushed to the promenade to help after hearing desperate cries from people who had cheered, laughed and danced on the beach a minute before.

“There were people lying on the ground everywhere, some of them still alive, screaming,” Hubler said. Waiting for ambulances to arrive, he knelt beside a man and a woman as they lay dying on the pavement, in a pool of blood and surrounded by crushed and mutilated bodies.

“I was holding his hand on his last breath,” Hubler said.

Three suspects have been charged with terrorism conspiracy for alleged links to the attacker. Five other people face other criminal charges, including for allegedly supplying weapons to the attacker. If found guilty, they face sentences ranging from five years to life in prison. The verdict is expected in December.

Investigators have found no evidence that any of the suspects were directly involved in the murderous rampage on that hot summer night in 2016.

Bouhlel, a 31-year-old Tunisian residing in France, was the sole assailant and is considered solely responsible for the deaths of 86 people, including 33 foreigners from Poland, the United States, Russia, Algeria, Tunisia , from Switzerland and elsewhere.

Myriam Bellazouz, the lawyer, lived a few blocks from the Nice promenade. She was walking with her mother the night of the attack and was killed. It took his friends and colleagues three days of frantic searches in the traumatized city and calls on social media to find his remains.

Only two of the four Chrzanowska sisters, on holiday from Poland, made it home alive.

When the 19-metric-ton (21-short-ton) truck drove through the crowd, one of the Moscow students, Viktoria Savachenko, was unable to pull away in time and was killed. American Sean Copeland, from a town near Austin, Texas, also died in the attack along with his 11-year-old son, Brodie.

Christophe Lyon is the sole survivor of an extended French family that had gathered in Nice for the July 14 celebrations. His parents, Gisèle and Germain Lyon, his wife, Véronique, his parents François and Christiane Locatelli and their grandson Mickael Pellegrini, all died in the attack. Lyon is listed among dozens of witnesses, survivors and family members of victims who will testify later this month in court in Paris about the horrific events of that night.

The Islamic State group claimed responsibility for the carnage. However, French prosecutors said that while Bouhlel was inspired by the extremist group’s propaganda, investigators have found no evidence that IS orchestrated the attack.

Eight months before the Nice attack, on November 13, 2015, a team of hardened IS extremists deployed in Paris to organize coordinated attacks. on the Bataclan concert hall, cafes and the national stadium, killing 130 people and injuring hundreds.

After nine months of trial, the only survivor of the murderous group which had terrorized the French capital, Salah Abdeslam, was convicted of murder in June and sentenced to life in prison without the possibility of parole for the deadliest peacetime attack in French history.

The debates will be broadcast live at the Palais des Congrès Acropolis in Nice for the relatives of the victims and the general public not traveling to Paris. Audio of the trial will also be available online, with a 30-minute time limit.

Many survivors and their grieving loved ones prepare to relive the traumatic events during the trial. For others, the proceedings – though far from the city still reeling from bloodshed and loss – are an opportunity to publicly recount their personal horrors inflicted that night and listen to countless acts of bravery, humanity and compassion among strangers.

Audrey Borla, who lost her twin sister, Laura, will travel to Paris to confront the group of eight suspects. She wants to tell them how she has survived the past six years without the woman she calls her “other half”, and how she plans to live her life to the fullest for many years to come, even without her.

“You took my sister away from me, but you won’t make me stop living,” Borla said in an interview with France 3.

“You’re not going to make me give up on life.”