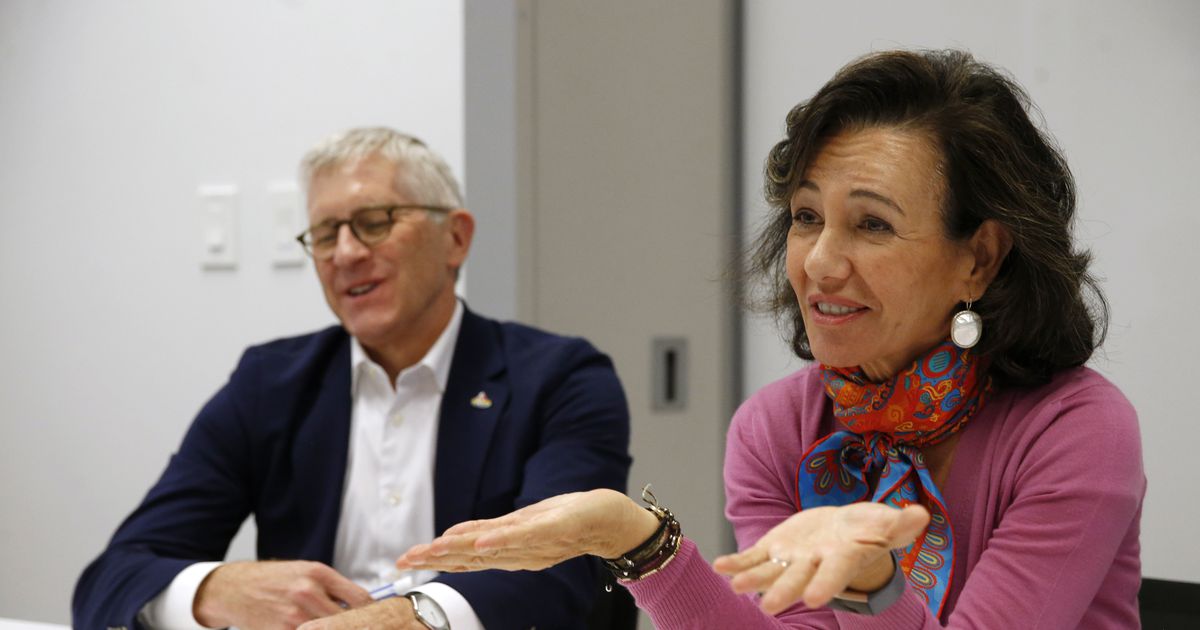 
More Texans are taking on more debt, and by one measure – auto loan balance per capita – they easily carry the heaviest burden in the country.

The question is whether it is too heavy to handle.

Delinquency rates are rising, especially among subprime borrowers, who have to pay higher interest rates.

At the end of 2018, nearly 5.4% of auto loans in Texas were at least 90 days late, and the numbers in Dallas County were even worse, according to the Federal Reserve Bank of Dallas. Delinquency rates were almost twice as high as before the Great Recession.

So, are lenders putting the brakes on?

Not Santander Consumer USA, one of the country’s largest auto lenders. The Dallas-based operator generated $ 8.4 billion in auto loans and rentals in the quarter ended in September, an increase of 11%.

“We have probably 30 PhD students working here, and we’re exploring our data at a very granular level,” said Scott Powell, CEO of the company. “We’ve fully activated our radar to look for changes in how consumers pay – and we’re not seeing it. “

There are a lot of signs of distress among Santander customers, but it apparently comes with the territory. More than 8 in 10 Santander car loans are made to subprime borrowers who are not eligible for conventional financing. Often they have low incomes and cannot make sufficient down payments.

This describes a lot of people in America, about 40% of potential customers, Powell said. And they need cars for work and family life. In Texas, a car or truck is practically a necessity – and Texas is easily Santander’s No.1 market, with $ 5 billion in auto loans.

“We love to do business in Texas,” Powell said.

In the first nine months of the year, Santander Consumer earned $ 848 million on nearly $ 5.9 billion in finance and interest income. It also suffered more than $ 1.5 billion in credit losses, an indication of business risks.

The company wrote off more than 18% of retail auto loans in the third quarter, more than last year. Think about it: almost one in five loans didn’t work.

In addition, more than 14% of borrowers were at least one month overdue, and the company was restructuring $ 4.2 billion in distressed loans.

Late payments and distressed loans actually represent improvements, and executives are proud of the progress made.

“We have raised the standards,” said Ana Botin, executive chairman of the Madrid company Banco Santander, the largest bank in Europe.

In 2006, Santander bought Dallas subprime auto lender then known as Drive. Entrepreneur Tom Dundon had built a great business at Drive, Botin said, and he continued to run it until 2015. But Botin wanted deep changes after the business. encountered numerous regulatory issues and investigations.

Botin replaced the board of directors and management teams, both in Dallas and at Santander retail bank in Boston. She recruited executives from banking giants, such as Bank of America, Wells Fargo and JPMorgan Chase, where Powell had been the former head of consumer banking.

Santander Consumer is still digging into the mistakes of the past. In the last quarter, he took a reserve of $ 126 million against a wave of legal and regulatory liabilities. They include an investigation by a committee of 33 state attorneys general and a lawsuit by Mississippi AG alleging that Santander pushed for loans consumers couldn’t afford.

“We’re trying to do the right thing,” said Botin, who attended a meeting Thursday with workers at the company’s headquarters in downtown Dallas. “For employees, for customers, for shareholders, for communities. We have to find a balance between all these actors.

Santander Consumer is earning around 15% return on equity, up from around 22% before it began to tighten financial controls and increase compliance, Botin said. She pointed to this move, along with a rising share price, as evidence of a better trade.

“We are doing it in the right way, in a sustainable way,” she said.

In the third quarter, Santander’s average interest rate was 16% with an average credit score of 599, well below prime credit of 680 to 850 (depending on who draws the line). There is intense competition for almost all auto loans, Powell said, and the company awards an interest rate based on the risk of loss.

But consumer advocates have a different point of view. Auto finance companies like Santander don’t advertise to car buyers. They sell to car dealerships, who offer financing options to their customers, often at higher rates or with other additions.

“They can talk about competition for customers, but they’re really trying to charge as much as they can,” said Ellen harnick, director of the western office of the Center for Responsible Lending, a defender of a fairer financial market.

Companies at risk often say they provide an essential service, but that doesn’t recognize the damage, she said. Santander, for example, took back more than 218,000 cars in the first nine months of the year.

“There comes a time when [they’re] really put someone in debt that will only make their life more impossible later on, ”she said.

In August, the company offered investors a bundle of bonds worth more than $ 1 billion. S&P Global Ratings noted several strengths, including support from Banco Santander.

But he also cited weaknesses: only 3.3% of borrowers had their income verified and 12% of borrowers had no credit rating, according to the report. Over 16% of loans were for 73-75 months, and loan-to-value ratios exceeded 100%.

This means that customers were borrowing more than the value of the vehicle, even as cars and trucks depreciate assets.

“Anyone can say they’re providing a service, but it’s not a good result for a significant portion of the families who take out these loans,” Harnick said.

Major U.S. banks to report credit cycle information in Q1 reports: for how long, how much