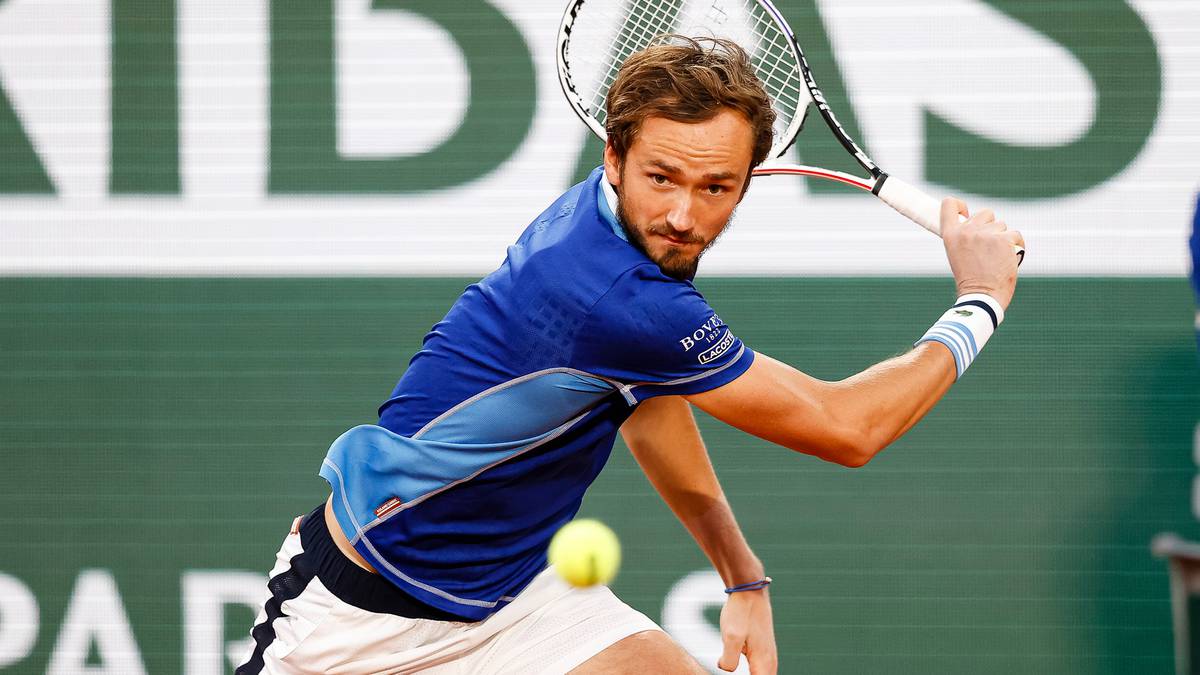 Top seeds Daniil Medvedev and Stefanos Tsitsipas were knocked out of French Open in major upsets that opened up the men’s draw.

The Croatian roared with delight after finishing a 6-2 6-3 6-2 rout that no one saw coming. Despite Medvedev’s previous struggles on clay, the world No. 2 looked strong in Paris this year before Cilic crashed his party and earned his first career win over a top-10 player at Roland Garros.

“It was one of the best games of my career, from start to finish,” Cilic said after the win.

It’s more bad news for Medvedev, who now has to wait until the US Open for his next Grand Slam title shot after Wimbledon banned Russian players from competing at the All England Club this year due to the invasion of Ukraine by Vladimir Putin.

Meanwhile, Rafael Nadal’s quarter-final against longtime rival Novak Djokovic will take place in Tuesday’s night session at Roland Garros despite the 13-time champion’s desire to play in the day.

Officials confirmed on Monday that the pair’s 59th career meeting will be the late match under the lights at Court Philippe Chatrier with the day’s other quarter-final between Carlos Alcaraz and Alexander Zverev scheduled for the afternoon.

“I don’t like playing on clay at night because the humidity is higher, the ball is slower and there can be very difficult conditions, especially when it’s cold,” Nadal said last week.

“I think it makes a big difference between how tennis is played on clay at night and during the day.”

Djokovic had hinted that he would prefer to face Nadal as late as possible.

“All I will say is Rafa and I would make different demands,” said the world number one and defending champion.

Alcaraz said it would have been “unfair” if he had been ordered to play after 9 p.m. for the third time. Nadal and Djokovic have played one game each so far after dark.

“I don’t mind evening sessions when it’s 30 degrees during the day,” the 25-year-old said.

“When it’s 14 degrees, so in the night it’s going to be what, eight, nine (degrees), something like that, it gets difficult.”

Organizers faced a scheduling dilemma, with host broadcaster Prime Video having the rights to all 10 nightly tournament sessions.

Officials said an agreement had been reached that the game – the 10th between Djokovic and Nadal at Roland Garros – would be available for free.

“The quarter-final match between Novak Djokovic and Rafael Nadal scheduled for Tuesday, May 31 at 8:45 p.m. will be free to watch as unlimited content in France on Prime Video mobile and web apps,” a statement read.

However, the French public service broadcaster, which broadcasts coverage of the tournament on terrestrial channels, struck.

“France Télévisions regrets this decision which deprives French viewers of one of the most beautiful advertisements of the tournament,” they said in a press release.

Ruud is in his first-ever Grand Slam quarter-final as he continues an impressive season that has seen him win two titles on clay.