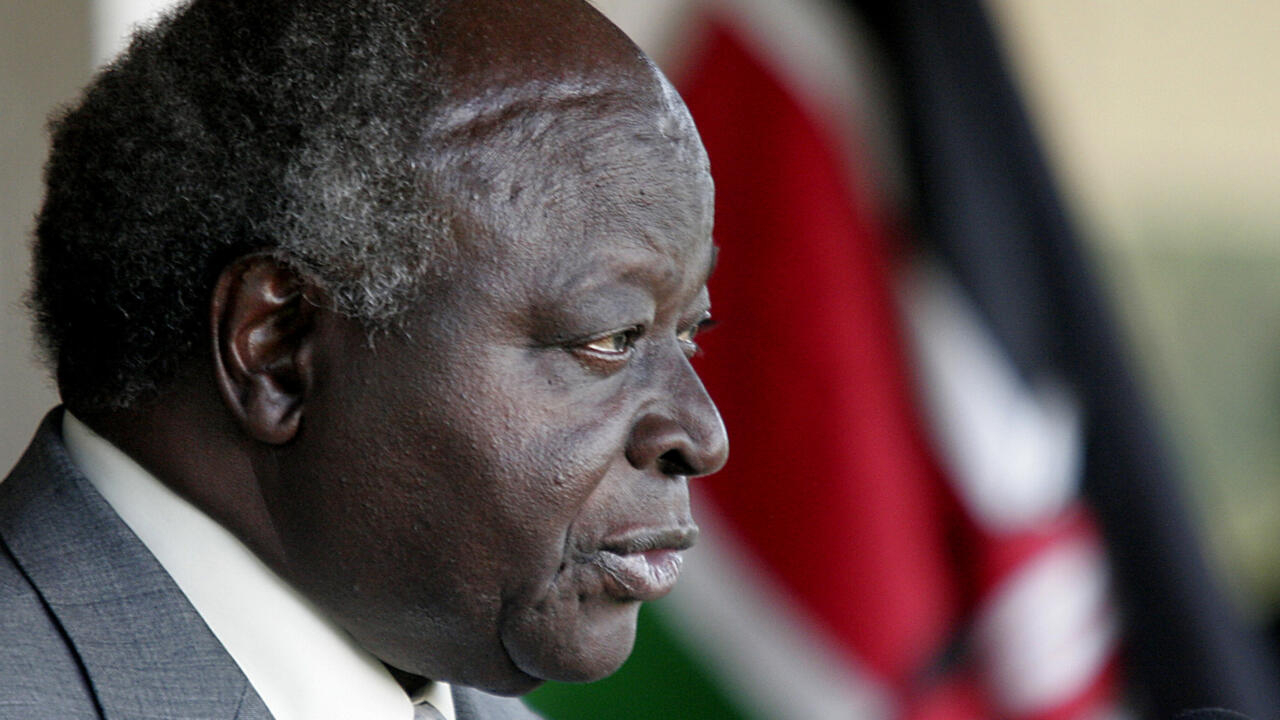 Nairobi (AFP) – Kenya’s third president, Mwai Kibaki, who has died aged 90, led East Africa’s economic powerhouse for more than a decade, overseeing some of its bloodiest and most corrupt years , but also ushering in a new constitution.

President from 2002 to 2013, Kibaki was a quick-witted, shrewd and veteran leader involved in politics since the very birth of independent Kenya.

“President Kibaki will forever be remembered as the gentleman of Kenyan politics, a brilliant debater whose eloquence, wit and charm have won the day time and time again,” his successor, President Uhuru, said on Friday. Kenyatta, in a statement announcing his death. .

But for a leader who popularly swept to power in 2002 on an anti-corruption platform, Kibaki’s tenure has seen corruption scandals where hundreds of millions of dollars have been diverted from public coffers.

Upon seizing power in 2002 from the authoritarian regime of Daniel Arap Moi, Kibaki was well received for his promises of change and economic growth, but soon showed he was better able to follow established paths.

“The initial response to corruption was very strong…but it became clear after a while that these scams were reaching right up to the president himself,” said Kenya’s former anti-corruption chief John Githongo , in British journalist Michela Wrong’s book “It’s Our Turn to Eat.”

The most notorious case in a series of corruption scandals was the multi-million dollar Anglo Leasing case, which emerged in 2004 and involved the payment of public money to a complex network of foreign companies for a range of services – including warships and passports – which never materialized.

Yet Kibaki also boosted the education and health sectors that were reeling from mismanagement under previous regimes, and launched ambitious infrastructure projects, including large-scale road construction. His government introduced free basic education for children and reorganized hospitals.

“He was a political survivor,” said Munene Macharia, a history professor at the US International University of Africa in Nairobi.

Closer ties with China have also boosted Kenya’s economic role, although critics say Kibaki’s push for growth has come at a potential longer-term cost to the country with large-scale borrowing.

Golf enthusiast Kibaki, who retired with a gold send-off of $180,000 plus $75,000 a year, also led Kenya in the most violent election in its history, when more than 1,100 people died in ethnic battles after disputed polls in 2007.

After a controversial victory that the opposition called rigged, Kibaki was hastily sworn in for a second term, sparking further violence that was only resolved after former UN chief Kofi Annan , helped broker a deal.

The crisis has rocked what had hitherto been Kibaki’s most popular achievement – a stable economy – with hundreds of thousands driven from their homes and Kenya’s lucrative tourism industry left in tatters.

“One of his weaknesses was that he paid less attention to destructive politics…at the time he acted, the country was almost at war,” said Peter Kagwanja, a former Kibaki adviser and scholar.

Kibaki grew up in a simple farming family in the mountainous district of Nyeri and excelled in school.

He then studied economics and political science at the prestigious Makerere University in Uganda, then at the London School of Economics (LSE).

He was a lawmaker for five decades – first elected in 1963 – and he quickly became trade minister three years later.

He was also part of the team that drafted the constitution when Kenya gained independence from Britain in 1963.

In the chaotic aftermath of the 2007-8 unrest, Kibaki would find himself in the unusual position of presiding over a referendum that overwhelmingly approved a new constitution aimed at averting a repeat of violence.

The 2010 constitution maintained a presidential system, but introduced substantial controls with a decentralized system of government.

“His greatest moment was the promulgation of the new constitution… It was a very profound and emotional moment for him,” Kibaki’s son Jimmy said in a documentary aired when he retired.

But he also left a complicated legacy to his successor Kenyatta who, in 2007, shelved his own presidential ambitions in favor of Kibaki.

Kibaki has kept a low profile since leaving office, making few public appearances. His health had fluctuated since a serious car accident in 2002 and he had been hospitalized and discharged from hospital in recent years.

What is a funeral loan and how do I get one?