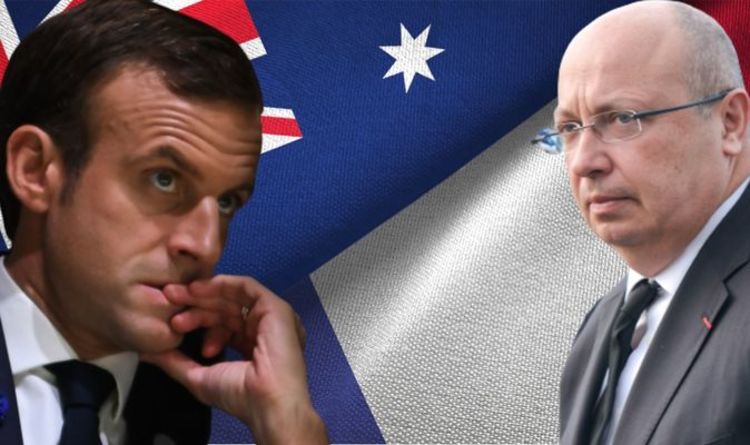 Speaking about the confidentiality of the so-called AUKUS agreement, Jean-Pierre Thébault told ABC radio on Friday: “It is childish to say that it was impossible to consult France on the agreement.” After the massive fallout caused by France’s loss of a multibillion-dollar deal to sell conventional submarines to Australia for the benefit of US nuclear submarines, diplomatic tension is now starting to ease.

The United States which, along with the United Kingdom, made the deal under French noses acknowledged the French reaction and said things could have been done more efficiently.

“They officially said things should have been done differently. There should have been consultations, ”said Thebault.
With His Excellency the Ambassador soon on his way to Australia, Prime Minister Scott Morrison welcomed the diplomat’s imminent return to his mission.

Mr Morrison asserted that the important bilateral socio-political and economic relationship between Australia and France is “bigger than a contract”, and that despite the differences, the two countries are closely linked on a series of other questions.

There was no sign that Mr. Thebault was ready to return the PM’s warm welcome to him.

Indeed, seeming to have received new instructions from Paris, and an always bubbling Emmanuel Macron, the ambassador had no more to say on the matter.

“To cancel all this without any warning, without any prior discussion, without the minimum of decency to speak with your ally, is to create a deep crisis,” said the senior diplomat.

France reacted in the strongest diplomatic terms the protocol allows when the deal was announced, calling the deal a “stab in the back”, going so far as to condemn the three nations involved.

Along with the recall of the Ambassador to Australia, France also recalled its Head of Mission to Washington DC.

The French ambassador to the UK, however, remained in London, not having been recalled, with France calling the British role in the deal an unimportant or junior partner in the deal, itself, open terminology. and frank at the diplomatic level.

The United States, although it has made no promises or signs of changing the deal, which will bring billions of dollars to the American economy, has tried to appease the French by reiterating the importance of friendship between the two nations.

Emmanuel Macron also tried to punish Australia further by threatening to block an EU-Australia trade deal, which is expected to prove successful, could cost the EU around € 37 billion, forcing other countries to jump in. in the argument.

The French have now taken steps to reconsider their role in the industrial-military complex, having since the agreement attempted to promote “France PLC” as a credible and dignified arms dealer.

The AKUS deal was reportedly a step taken to deter further Chinese influence and presence in the Indo-Pacific region, with China and Russia both condemning the move, prompting a surge in demonstrations of China. force in the region to add additional layers to the theory of deterrence.

English is the dominant scientific language in Latin America