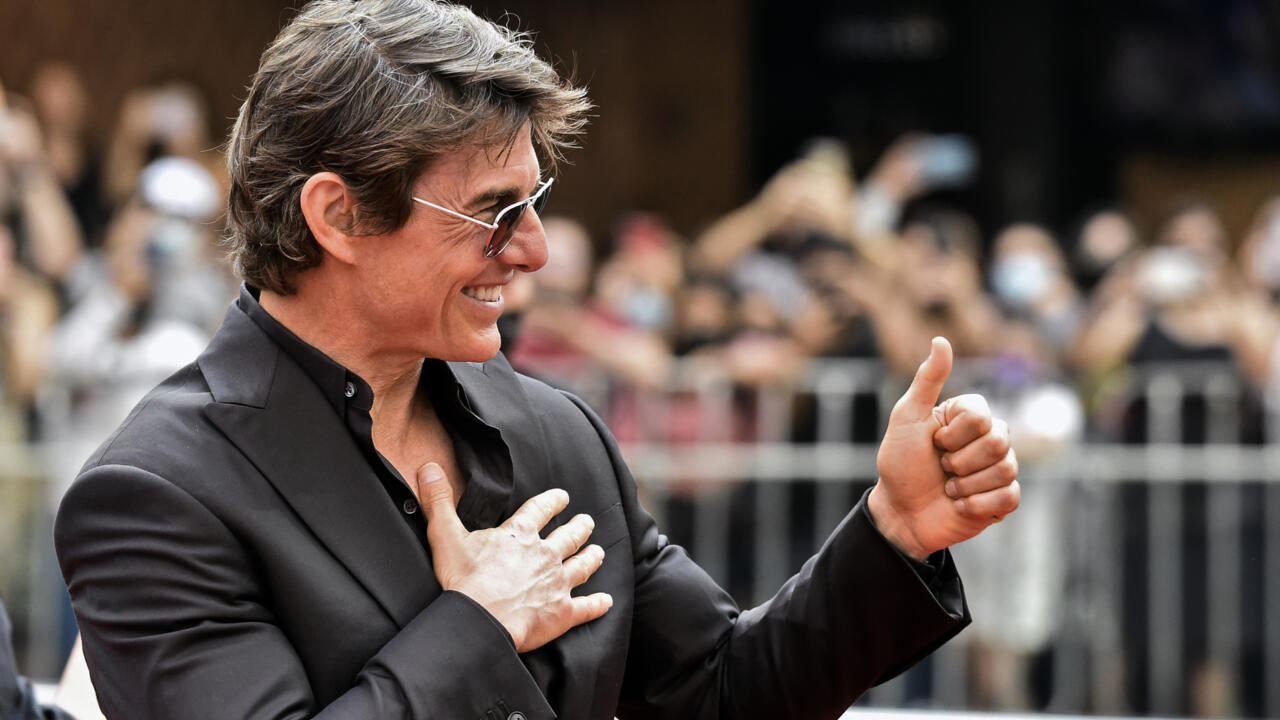 Cannes (France) (AFP) – Tom Cruise was due to hit Cannes on Wednesday with ‘Top Gun: Maverick’ as a Russian dissident in the main competition presents an alternative side to the world’s best film festival.

Cruise, last in Cannes 30 years ago, is set to make a spectacular entrance accompanied by a dazzling French Air Force aerobatic team with a red carpet flyover.

Critics have treated the sequel to its 1986 superstar blockbuster to dizzying reviews, hoping the film will boost theaters still struggling to recover from the pandemic.

“In the history of cinema… (Cruise) has one of the highest success rates,” festival director Thierry Fremaux said this week.

“He’s someone we haven’t seen on streaming platforms, TV series, or doing commercials…He’s someone who is dedicated to cinema.”

Before that, as part of the main competition for the Palme d’Or, Cannes was to welcome Russian dissident Kirill Serebrennikov with a very different offering: “Tchaikovsky’s Wife” about the legendary composer’s brief and tragic marriage.

The director was unable to attend the festival for two previous nominations due to a contentious court case that barred him from leaving Russia.

Now in exile following Russia’s invasion of Ukraine, his new film is unlikely to improve his standing with the Kremlin given that it highlights the composer’s homosexuality – a story that remains taboo for Russian conservatives.

War has already been a major theme of the festival, with Ukrainian President Volodymyr Zelensky making a surprise video appearance at the opening ceremony on Tuesday.

“Will the cinema be silent or will it speak? If there is a dictator, if there is a war for freedom, again, everything depends on our unity. Cinema can stay out of this unit?” said Zelensky.

There will be a special screening of “Mariupolis 2”, a documentary about the conflict by Lithuanian director Mantas Kvedaravicius, who was killed in Ukraine last month — apparently by Russian forces.

Embattled Ukrainian filmmakers will have a special day at the festival and one of its most promising directors, Sergei Loznitsa, will show ‘The Natural History of Destruction’, about the bombing of German cities during World War II.

The head of the jury responsible for selecting this year’s winners, French actor Vincent Lindon, said the invasion of Ukraine had penetrated even the glamorous bubble that is Cannes, founded in 1946, he noted. in response to fascism.

“The torments of the world, which bleeds, suffers, burns… they torture my conscience,” he said during the opening ceremony.

“Top Gun: Maverick” could gross up to $390 million in the United States alone, according to Box Office Pro.