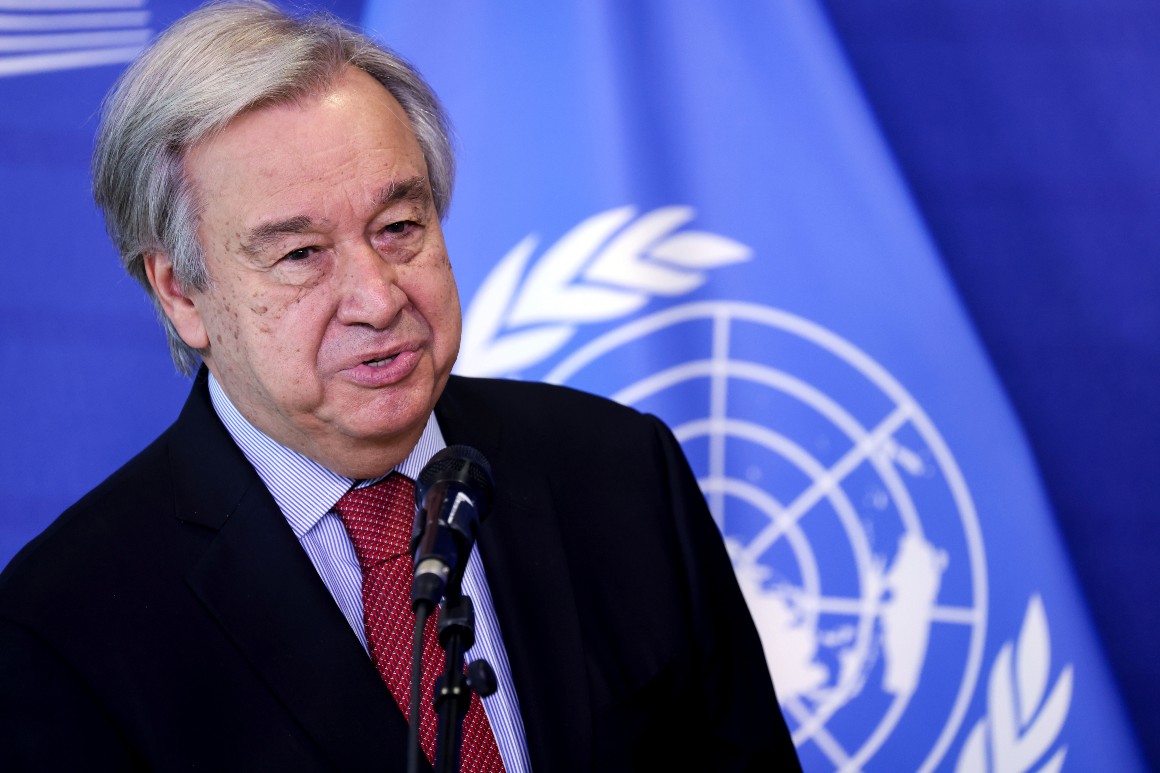 The official letters seen by POLITICO, which have been sent to some local UN staff, confirm their employment status, but do not include any requests for asylum or other member support. personnel to leave Afghanistan.

A group of former local staff colleagues have had enough. In a letter to Guterres, obtained by POLITICO, staff at UN Habitat and the United Nations Environment Program – which together employ about 200 local people in Afghanistan – implore him to institute a security plan for the staff. Afghan, including the possibility of evacuation, before a deadline of August 31 imposed by the Taliban.

The United Nations Security Policy Manual states that Guterres, as Secretary General, is the only official who can order the evacuation of local personnel, and only “in the most exceptional cases where their security is threatened as a direct consequence. of their employment by organizations of the United Nations common system.

The authors of the letter claim that the conditions are right and the time for the evacuation has come.

The question of how to get humanitarian aid to Afghanistan has become increasingly complicated since the Taliban took control of the country’s capital, Kabul.

A Taliban spokesperson said the militant organization has now closed access to Kabul airport to Afghans, increasing the risk for those known to have worked for or supported Allied governments since 2001. .

While several governments and the European Union have pledged to make aid funding conditional on respect for human rights, UN agencies have insisted they will continue to provide aid – citing the risk that a million children will face severe malnutrition if they withdraw.

These decisions accompany the World Health Organization (WHO) and UNICEF declaring in a joint declaration that their “capacities to meet these needs are rapidly diminishing”. Key medical supplies are expected to run out within days that have been separately recognized by the WHO.

With most of their foreign staff evacuating the country, the burden of delivering aid falls on local workers. UNICEF calls on its local staff to continue working under the slogan #StayAndDeliver.

Female United Nations and NGO staff – especially those in senior positions – are particularly vulnerable to Taliban retaliation for their work.

In a video message sent to all UN staff on Tuesday, Guterres expressed his admiration for the local Afghan staff who continue to play their role at the UN, despite the threat of violence from the Taliban. Guterres acknowledged “reports that some of you have been harassed and intimidated” and offered his “full support and solidarity”, promising that “we are doing everything in our power” to ensure the staff safety.

This claim is disputed by UN personnel demanding evacuation support. “The situation in Afghanistan is very dangerous and is likely to worsen,” they wrote, saying the UN decision to continue operating without additional security protocols, “comes at the expense of safety and security. security of Afghan nationals “.

Local staff “should not be asked to sacrifice their lives and security” to fulfill their role at the UN, or because of their past contributions to the UN, they wrote.

The signatories include nationals of the United States, India, Japan, United Kingdom, France, Sweden, Norway and New Zealand. They write: “We have tried to help our former colleagues get on the donor country lists for visas and evacuations, but without the formal support and efforts of the UN systems, we have had limited success.

The letter suggests that the governments of the United States, Australia, the Netherlands, Japan, Switzerland, as well as the European Union, bear a special responsibility for assistance as local United Nations personnel worked on projects funded by these governments.

Internal UN emails sent to staff in Afghanistan – seen by POLITICO – show a bureaucracy that seems out of touch with the rapidly deteriorating situation on the ground in Kabul.

Brief messages of solidarity to Kabul staff were mixed with reminders to book the trip 21 days in advance and upload annual “performance plans” to internal servers.