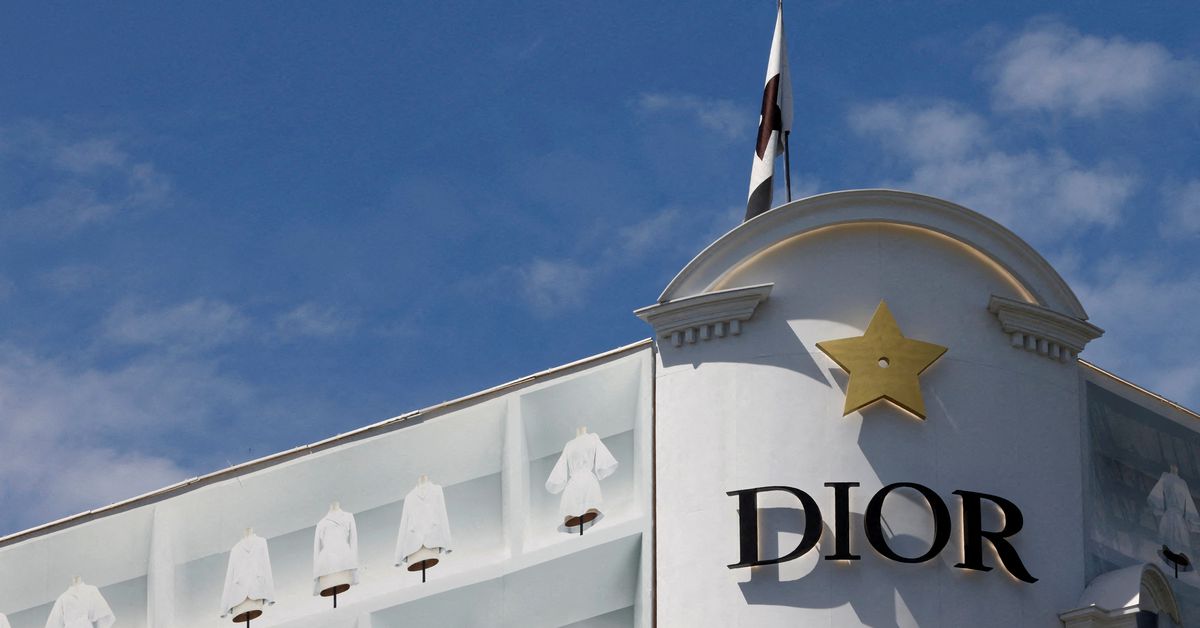 US tourists splurge on Parisian boutiques as euro slides

The euro fell below $1 on Wednesday for the first time in two decades on fears that rising energy prices triggered by the Ukraine conflict could tip the European Union into a protracted economic crisis. Read more

“It’s like it’s on sale here,” said Wilson, 49, from Colorado, whose purchases included two dresses for her daughter. “Because the euro and the dollar are pretty much the same, it definitely encourages us to spend.”

The weak euro is a big draw for tourists, especially Americans – who are being flagged as a key growth driver for Europe’s luxury goods sector in the second quarter, Barclays analysts said.

The strength of the dollar against the euro contributed to a fourfold increase in tourist spending in Europe in June compared to a year ago, with Americans spending accelerating, UBS analysts said, citing planet VAT refund provider data.

The luxury sector quickly rebounded from the pandemic as people rushed to spend the cash saved during lockdowns – buying themselves treats as socializing resumed.

So as Americans fill their transatlantic flights, their eagerness to take advantage of the weak euro is helping to replace lost business due to a lack of Chinese visitors, who were the main source of luxury sales growth in Europe before. the pandemic.

France has benefited the most from the tourist craze.

Sales to tourists in France in June soared just 11.3% below 2019 levels, a positive sign for French luxury brands that have big exposure to their home market, UBS analysts said.

The Dior logo is seen on a building under renovation of luxury brand Dior on the Champs-Elysees avenue in Paris, France, July 13, 2022. REUTERS/Rali Benallou NO RESALE. NO ARCHIVES

American tourists thronged Avenue Montaigne in Paris this week, browsing luxury boutiques, which include designer names such as Louis Vuitton, Chanel and Gucci.

Cheryl Penn, 70, a real estate agent from Delray Beach, Florida, had already bought herself a skirt and stocked up on baby clothes for her granddaughter.

“We just got to the avenue, so we just started our shopping spree,” Penn said.

“I like that the euro and the dollar are equal, so I know exactly what I’m spending,” she said.

Jennifer Groner, a TikTok influencer, went shopping in Paris in April as the euro came under pressure against the dollar.

“I’ve never seen anything like it in terms of price savings,” she told Reuters, estimating she picked up a Birkin bag from Hermès in Paris for $4,000 less than what it would have cost him in the United States, paying a little more. $9,000, also thanks to a VAT refund.

“You can travel to Europe, soak up the culture but at the same time buy a bag,” said Groner, who has also bought handbags and accessories from Prada, Dior, Louis Vuitton and Chanel, for an overall saving. $8,000 over US prices, according to his calculations.

“They’ve done it many times before,” she said.

Chanel told Reuters in May that it may apply further price increases in July to account for currency fluctuations – particularly the weak euro – and inflation. Read more

“More than ever, a lot of my friends are taking little weekend trips to Paris and other places and they’re shopping while they’re there – because that’s what you do while you’re in Paris. “, said Jennifer Tumpowski, in front of the Gucci flagship store. on New York’s Fifth Avenue.

Is China falling into its own mortgage crisis?