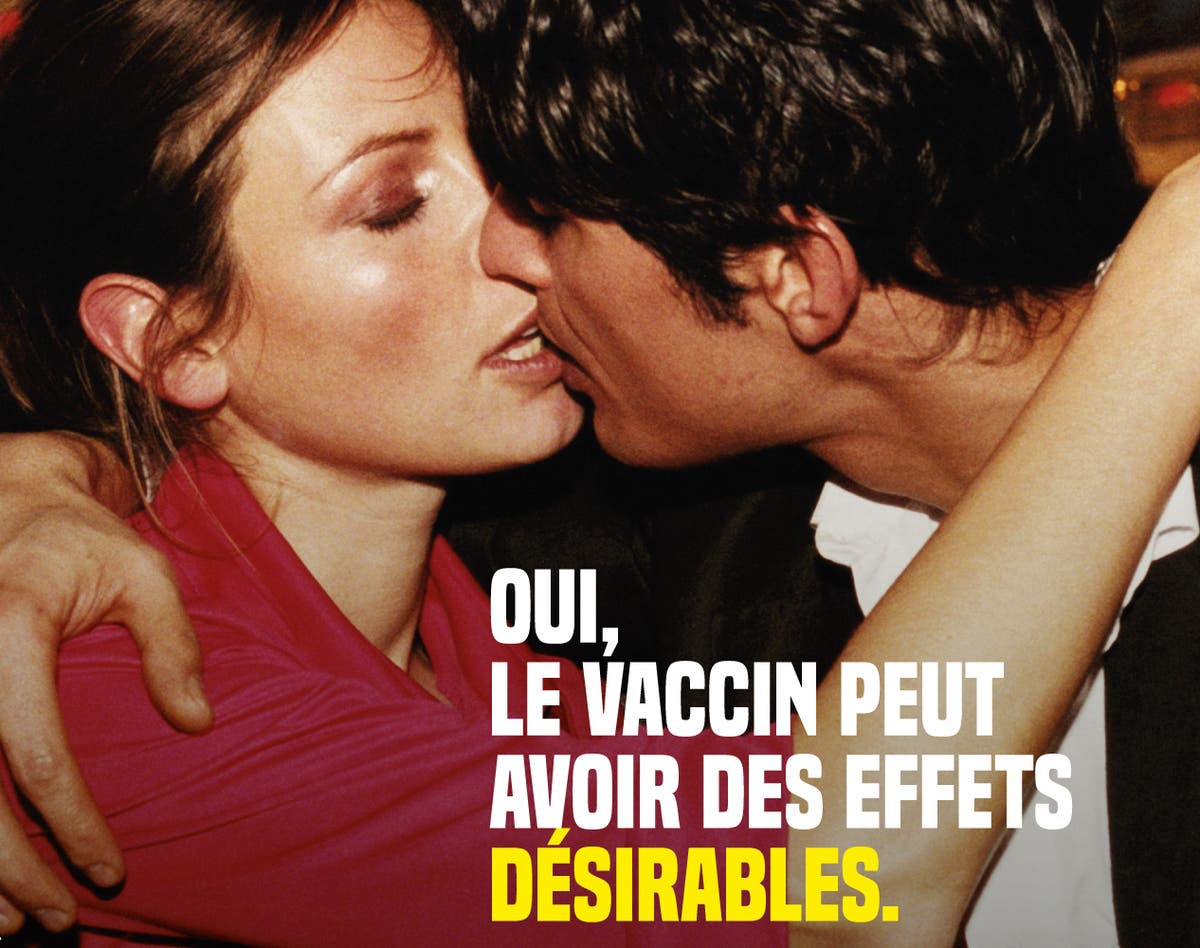 
A new advertisement from a French regional health authority promotes the coronavirus vaccine with an image of a couple kissing passionately in the back of a car alongside the slogan: “Yes, the vaccine can have effects. desirable effects. “

The ad, described as “very, very French”, is one of six produced by the health service of the Provence-Alpes-Côte d’Azur region to encourage young people to come forward for their Covid vaccine.

It shows the man and woman kissing next to the slogan: “With every vaccination, life begins again – let’s vaccinate.”

The ARS said the campaign’s wording was chosen to refer to the “adverse reaction” warnings that accompany any medication, and that the advertisements would appear on billboards and in bars, restaurants and gyms as well as on social networks.

Other images in the set include a man and woman seemingly sharing a joke and intimately laughing, a crowd at a music festival, and a family at a beach.

“A very, very French advertisement to push people to get vaccinated,” one person wrote on Twitter of the image of the couple kissing.